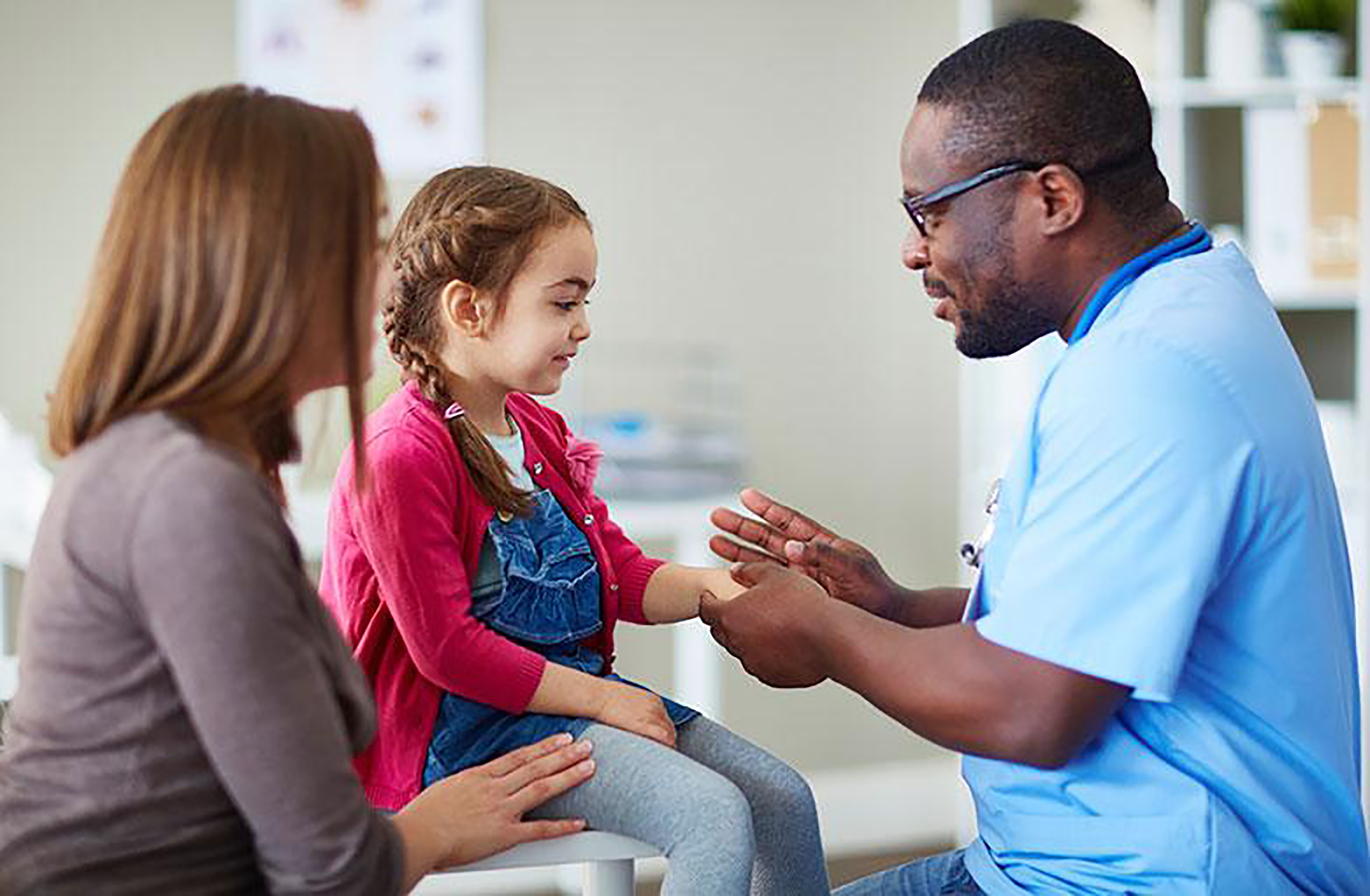 Delivering more health care value requires a focus — from policymakers, health care providers and consumers themselves — on the whole person and episode of care rather than on the treatment. Integrating health care with community-based support can deliver better health outcomes at a lower cost.

For the past decade, the health care reform discussion has largely focused on reducing cost. But for researcher and policy leader Mark McClellan, the focus is on increasing value.

Delivering the 2016 Mark McKenna Lecture, hosted by the Health Sector Supply Chain Research Consortium and Department of Supply Chain Management at the W. P. Carey School of Business, McClellan talked about getting more value into the health care system — improving health care outcomes and lowering costs — by focusing on the patient.

Spending more on health care — and getting more, too

McClellan, director of the Duke-Robert J. Margolis, MD, Center for Health Policy and a former administrator of the Centers for Medicare & Medicaid Services, described the dramatic improvements in the quality of care that have led to increases in health and longevity over the last several decades. Diseases that once were terminal — HIV and Hepatitis C, for example — can now be managed, and patients can live high-quality, long lives. That’s true for “just about all conditions” McClellan said.

Americans continue to spend more on health care. But given those benefits we derive from health care — the longer, higher-quality lives we get — increased spending makes sense, McClellan argued. “If you look at the productivity of the health care system as a whole, measured as the benefits of improving outcomes like quality of life and length of life versus the cost, health care has been the most productive sector of the U.S. economy by far.”

Just as American consumers spend more on health care, so does the American government. Spending on programs such as Medicare, Medicaid and the new subsidies for health insurance under the Affordable Care Act makes up about five percent of U.S. gross domestic product (GDP). Over the next 20 years, that spending is expected to rise by another two to three percent of GDP, McClellan said.

That’s no surprise. McClellan explained, “Congress is actively legislating in response to apparent preferences of the American public. One consistent finding in public policy over the last 40 years has been if it's a choice between spending on health care and spending on other things, health care wins.”

While it makes sense that people value health care that improves the quality and the length of their lives, it doesn’t negate the importance of increasing efficiency in the health care system. That’s one area of the health care debate where McClellan sees government consensus. “There is a lot of bipartisan interest in finding ways to get more value out of health care spending — on the one hand, continuing to maintain the public's confidence that they are getting all that health care has to offer for them and their loved ones, but on the other hand, doing it more efficiently.”

A shift to patient-centric care

The most efficient health care is focused on the patient as a whole person, McClellan said. “We are in the midst of this shift from focusing our policies on services and treatments to focusing on patients.” The person-centric approach to health care takes cues from other industries. “In many other industries, we're seeing a lot more movement towards personalized services, home‑based service rather than bricks and mortar. Use of wireless technologies, smartphone‑based approaches. That can happen in health care.”

But a patient-centric focus is by no means ubiquitous today. “A lot of organizations have built into their mission statement that they're about promoting the health of their patients and their community, but they don't necessarily live it every day,” McClellan said. “Leadership and getting a culture that focuses on accountability to the patient rather than efficiency and delivery of the organization's traditional services is really hard, but really important.”

What does “patient-focused” health care look like? It is in part about coordinating care more effectively between a patient’s different providers, including drug and device providers. It’s also about linking health care services with other types of services, McClellan explained. “Community‑based support services that really get at some of the root causes of health care use — for example, homelessness or domestic abuse — are not traditional health care services but for certain individuals do make a big difference in how they use emergency care and how their conditions progress.”

The problem is that the current fee-for-service or even fee-for-performance payment models actually make it hard to deliver better care more efficiently. McClellan told the story of a conversation with Denis Cortese, who was then CEO of the Mayo Clinic. Mayo had been “implementing steps like using electronic records, answering their patients' emails, and setting up team‑based approaches to care like relying on nurses and pharmacists to help patients with chronic diseases. They showed that those steps were leading to better outcomes for their patients and preventing hospitalizations, avoiding complications and lowering Medicare costs.”

But those kinds of activities, even though they clearly delivered better care at a lower cost, weren’t sustainable. “Mayo was losing on two fronts,” McClellan said. “First of all, they were investing a lot of effort in activities that Medicare didn't reimburse, and second, to the extent that those approaches did work, they were able to bill less for things like hospitalizations and imaging procedures and emergency room visits and specialty care — all important sources of revenue. So it’s not a sustainable model. They were swimming against the tide.”

One example of the kind of model that would incentivize a focus on outcomes and efficiency is the accountable care organization (ACO). ACOs are “partly fee‑for‑service‑based, but have at least some of the reimbursement tied to overall results for the population of patients, cost and population health measures,” McClellan said. The number of Americans in ACOs — both public and private programs — is steadily rising.

Some Medicaid ACOs combine community‑based support — like social worker support or housing support — with the delivery of health care. McClellan explained, “What a lot of these Medicaid ACOs are doing, in fact, is a backdoor way of shifting the balance away from health care spending and towards more emphasis on social services spending, which targeted to the right individuals can have a net savings impact on overall health and social service costs. A number of Medicaid programs around the country are trying to combine social service spending streams with health care spending streams to get to better outcomes at a lower cost.”

Other accountable care organizations are focused on better tracking patients. McClellan described one community where 45 percent of the population had diabetes. “The ACO there hired a college student to help them extract data from their electronic records, which were not interoperable, and manually create a spreadsheet list of patients with diabetes and other serious chronic diseases. Then the ACO hired a community health worker to help them follow up with the patients who weren't coming in and sticking with their medications.”

“It sounds like a very basic approach to quality of care,” McClellan said, “but it wasn’t happening in that community, it’s not happening in many other parts of the country and certainly it’s not something that is well‑supported financially.”

The approach worked. McClellan explained, “In the first year, this ACO was able to get a 30 percentage point increase in their rate of diabetes control in their population. They were able to reduce the hospitalization and emergency department visit rates for that population by about five percent — which meant about $1.5 million in savings per primary care physician in the practice. With those savings in the first year, the ACO was able to expand the program to support more efficient population management over time.”

Changes across the health care system

Running alternative care models is tougher for the larger and more integrated health care systems, McClellan said. As suggested by the Mayo Clinic CEO: if improving efficiency and quality in one area means less revenue in another area that’s still on a traditional payment model, the change, while desirable, may not be sustainable. But the more health care policies, programs and providers move to alternative payment models, the easier it will be for others to follow.

Another reason that it’s hard to run alternative care models across organizations is data interoperability — or lack thereof. McClellan has a vision of the future in which health data “is much more liquid — at least key data that needs to flow to support quality improvement tools. Health care providers will pull key data not only from a particular health care organization's system, but from other systems as well to get to better outcomes and lower costs for patients via much more effectively populated quality improvement tools and support systems.”

Delivering more health care value requires a focus — from policymakers, health care providers and consumers themselves — on the whole person and episode of care rather than on the treatment. In particular, integrating health care with community-based support can deliver better health outcomes at a lower cost. So can enabling interoperability between health care providers, including enabling the flow of data and aligning financial incentives.

In essence the future, said McClellan, is person-centered health care — for better health and a lower overall cost at the same time.