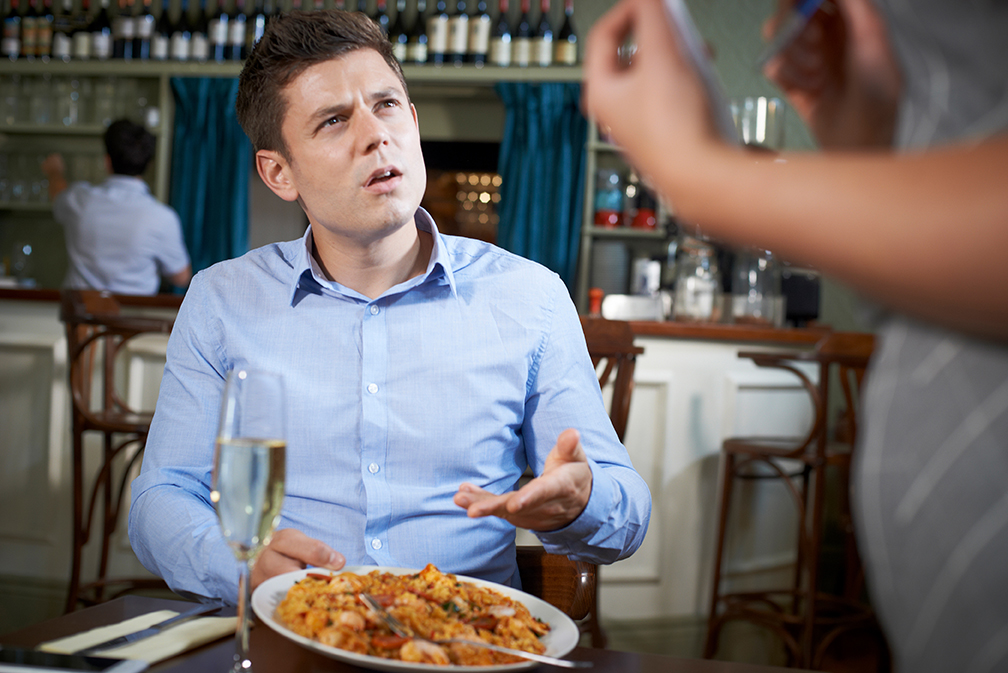 A study released by the Center for Services Leadership measures 'consumer rage' and found that the survey respondents were not as enraged over problems with goods and services this year compared with two years ago, the last time the biennial study was done.

We consumers are mad as ... well, actually we’re not as mad as we used to be.

A study released by the Center for Services Leadership measures “consumer rage” and found that the survey respondents were not as enraged over problems with goods and services this year compared with two years ago, the last time the biennial study was done.

The 2017 Consumer Rage Survey found the lowest levels of rage in more than 15 years. About 56 percent of people had rage — defined as “extremely upset” or “very upset” — over problems with goods or services in the past year. That compares with 66 percent reporting rage in 2015, and about 68 percent in the studies dating back to 2003.

So are we calmer or just resigned to bad service?

“I think rage has declined because people have become desensitized to customer problems, especially with technology,” says Marc Grainer, chairman of Customer Care Measurement and Consulting. His firm released the study in collaboration with the Center for Services Leadership (CLS).

Although extreme anger has decreased, the overwhelming majority of consumers still feel frustration, disappointment, and anger over problems with purchases. And it’s no wonder: On average, it took four attempts to resolve the problem.

And businesses are not offering repairs or apologies, further angering customers.

“People get very emotional about their most serious problems,” Grainer says.

The 1,000 survey respondents were representative of the population by age, gender, and income.

He spoke at a recent workshop called “Compete Through Service” held by the CLS, which revealed the study findings and focused on ways that businesses can improve customer relations.

There's a lot of work to be done, according to Mary Jo Bitner, co-executive director of the CLS. "The challenge for companies is still that people who are disappointed in how their complaints are handled, even if they don't get to the level of rage, are still very unlikey to purchase again from the company involved," she said. "It's hurting their business."

Among the most important findings from the survey:

• More stuff is breaking: 56 percent of respondents said they had a problem with a product or service purchased last year, compared with 32 percent in the first poll, done in 1976.

• Consumers aren’t getting what they want: About 87 percent said they wanted “to be treated with dignity,” while 37 percent said they were. Three-quarters wanted a repair or fix, and only 29 percent got that. And 60 percent wanted an apology, which was provided to only 31 percent.

So how do people express their rage? Surprisingly, only about a third grumble online about it. Of the internet ranters, the most common place to complain was Facebook. Only about 9 percent of the respondents said they vented on a review website, such as Yelp.

But Grainer said that social-media complaints reach an average of 825 people.

“But negative word-of-mouth will kill you.”

One of the workshop presenters was the Co-Operators, a large Canadian insurance and financial-services company that embarked on a massive project to boost customer service in 2004. The firm went through an intensive re-branding campaign that touted its service-oriented image, as well as retraining employees and installing new computer systems.

It didn’t work. A subsequent consumer-satisfaction survey found the firm to be average and identified 11 “points of pain” for customers.

“It was a bit of a gut shot,” said Rick McCombie, executive vice president of the company.

One example: After customers called with a home or automobile claim, more than 60 percent were calling right back and asking, “What’s next?”

“We thought our claims people must be doing a terrible job on the phone. So I listened to the calls, and the calls were great. The fact is, these people were just in a car accident or had their homes burglarized and they were traumatized,” McCombie said.

“So a simple change was to email right after the call with all the information, and the call backs went down by 70 percent.”

Bitner said that companies must do the hard work in this area.

"Companies that really get it and know how important complaint handling is will do a lot of fine-grained research to figure out what they need to do," she said.

Find out more about the Center for Services Leadership here.