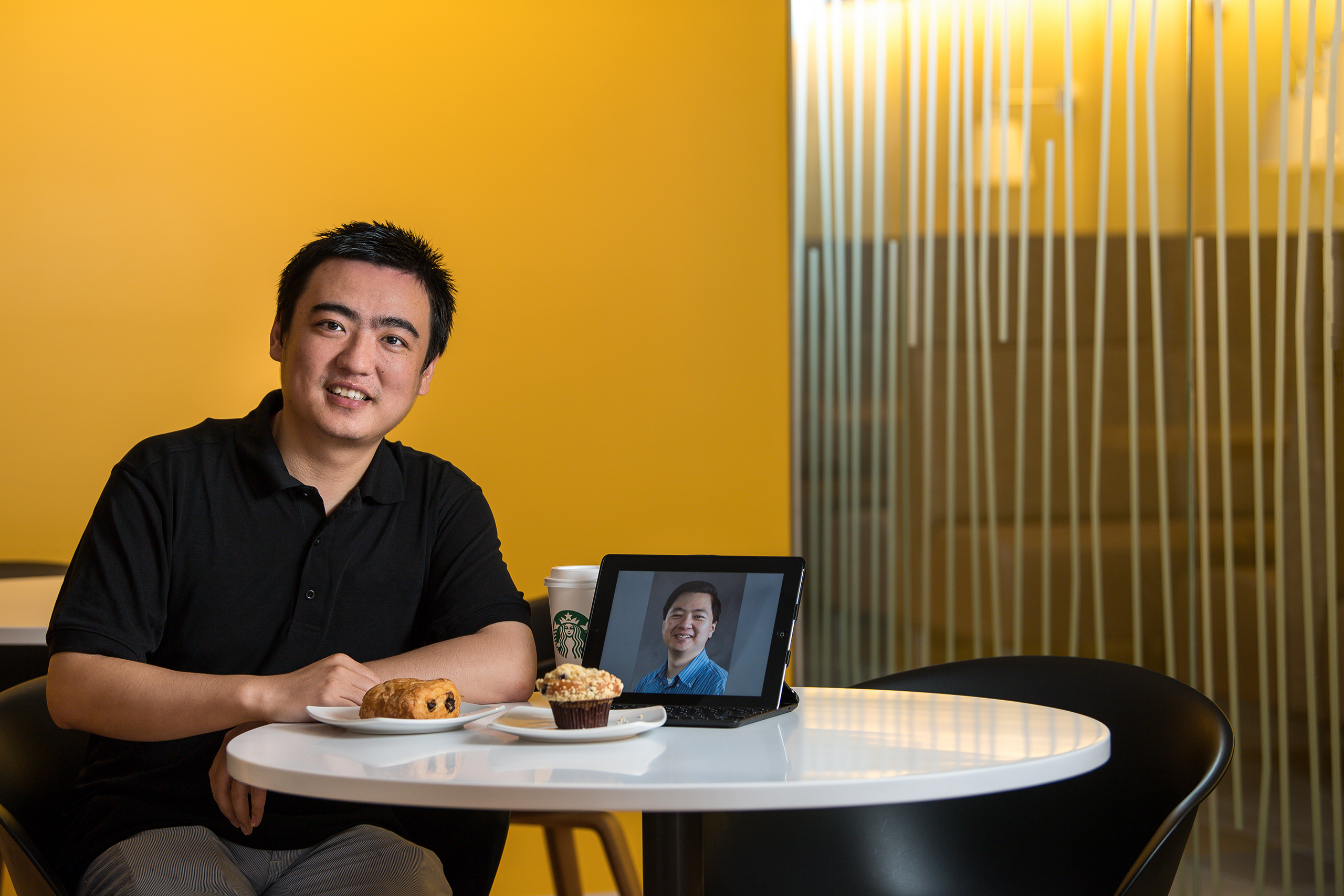 Awards and opportunities mark end of 2018, beginning of 2019

There was more to celebrate in December than graduation, the completion of the fall semester, and holiday break. Information systems faculty and students received prestigious awards for research and innovations that are making waves in the industry. Plus, there is a new certificate in digital consulting available for graduates who want to build their skills.

There was more to celebrate in December than graduation, the completion of the fall semester, and holiday break. Information systems faculty and students received prestigious awards for research and innovations that are making waves in the industry. Plus, there is a new certificate in digital consulting available for graduates who want to build their skills.

Grads can propel their career with a new certificate

W. P. Carey alums have an opportunity to acquire new skills that could change the course of their career.

ASU and Cognizant, one of the world’s most admired and sustainable companies, have developed the Cognizant Digital Business Analyst Certificate Program, a unique non-credit certificate that will deliver the expertise to succeed as a business analyst — a career path the Bureau of Labor Statistics expects to grow 14 percent by 2026.

Cognizant has not only contributed to the curriculum for this program, it is also underwriting the tuition and all fees for every student, as well as scheduling job interviews for consulting analyst roles with the company with graduates of the program.

"We have individuals who are perhaps underemployed in certain sectors where their potential and what they're currently earning aren't a good match," says Professor and Chair of Information Systems Raghu Santanam. "Those are the types of individuals that will benefit the most from doing a certificate program like this because it gives them a career ladder that wasn't possible before."

Delivered 100 percent online, the four-course certificate begins in March and can be completed in only 12 weeks. Through instruction by the W. P. Carey Department of Information Systems, students will learn fundamentals of business analysis and project management, as well as digital enterprise foundations and business modeling tools and techniques.

The prestigious AIS Early Career Award was given to W. P. Carey’s Kevin Hong (top photo), associate professor of information systems. The honor, given by the Association for Information Systems, recognizes individuals in the early stages of their careers who have already made outstanding strides in research, teaching, and service contributions to the field of information systems.

”This is the top award given to junior faculty members in our field,” explains Hong, who accepted the award at the International Conference on Information Systems in San Francisco. “I feel extremely honored and excited to be selected to receive this award.”

In order to be nominated, candidates should be role models to colleagues and students, garner the respect of those outside the information systems discipline, and be esteemed for their high level of professional and personal integrity. AIS defines early career as those who received their doctoral degree no more than seven years prior to nomination or a professional within the first seven consecutive years of their academic career, for those who do not have a doctoral degree.

Individuals can only win this award once. “It is a huge recognition and evidence that I am at the right place and moving in the right direction,” Hong says. “It indicates that I am working in an institutional environment that nurtures and motivates young scholars, which I feel very fortunate to be in.”

When Hong is not in the classroom or working on a research project, he’s talking about his work. Hong’s wife, Nina Huang, is also an IS professor, and they often discuss research and how information technology can be used to improve life. He collects mechanical keyboards, too, typing and coding on them, in between playing with his two-year-old son.

State Farm awarded a grant to the W. P. Carey Department of Information Systems to research the next frontier of technology, the internet of things or IoT.

Clinical Associate Professor Dan Mazzola received the award for the department and will use the funds to incorporate IoT devices and software into the mobile platforms course to encourage the development of information systems and technology talent.

“State Farm has been very supportive of our undergraduate and graduate programs,” Mazzola says. “They have served on our advisory boards and have advanced the careers of a significant number of graduates.”

The IS department shares the $20,000 grant with the ASU Ira A. Fulton Schools of Engineering, who will also focus on development within the IoT environment.

Mazzola says the grant will directly impact the classroom and the future workforce by offering tangible opportunities and development of apps that respond to the changing world. “Experience and skills with IoT will enable the next wave of IT innovation in business,” says Mazzola.

State Farm could potentially use the technology to detect leaks or frozen pipes that might burst. IoT sensors that monitor a home can assist in avoiding costly damages and repairs, Mazzola explains. It is estimated that burst pipes alone in U.S. homes cost $9 billion in claims per year, and about one in 50 insured homes has a property damage claim due to water damage or freezing each year, according to ISO/Verisk in an article published in Insurance Journal.

Information systems and technology have the ability to transform lives. Researchers from the Department of Information Systems have developed technology to do just that and were awarded with an Industry Innovators Award.

“This project is a great example of what's achievable when companies and universities form mutually beneficial partnerships to solve challenging and globally impactful problems,” Arora says.

The partnership garnered the award from the United States Agency for International Development, USAID, which gives the award to “movers and shakers who are using technology-driven innovations to transform government agencies.” Chemonics International is a private development company that works for bilateral and multilateral donors and the private sector to manage projects in developing countries.

The technology, called TransIT, is a low-cost, flexible, customizable product that can be adapted to the needs of each country partner and its operations. The customized database aggregates end-to-end data — from distribution planning through delivery to the recipient — to track performance, location, and costs as commodities move through the distribution network, enabling operations to run smoothly and on time.

In addition to the management tool, the faculty-led, multidisciplinary student team also developed a mobile app to record electronic proof of delivery. Arora says the project went all the way from idea to deployment in under a year. Chemonics is now testing the tool and the app in African countries Angola and Mozambique, with plans to roll out to additional countries soon, she explains.

“As the nature and future of work continue to evolve, partnerships like these between companies and universities are going to be critical in training the workforce of the future and closing the looming talent gap,” says Arora.

The project originated from ASU’s Knowledge Enterprise Development and Lecturer Phil Simon, who worked with Chemonics for the initial design of the database for the system. Arora and her team followed up and built the full-fledged tool and app.