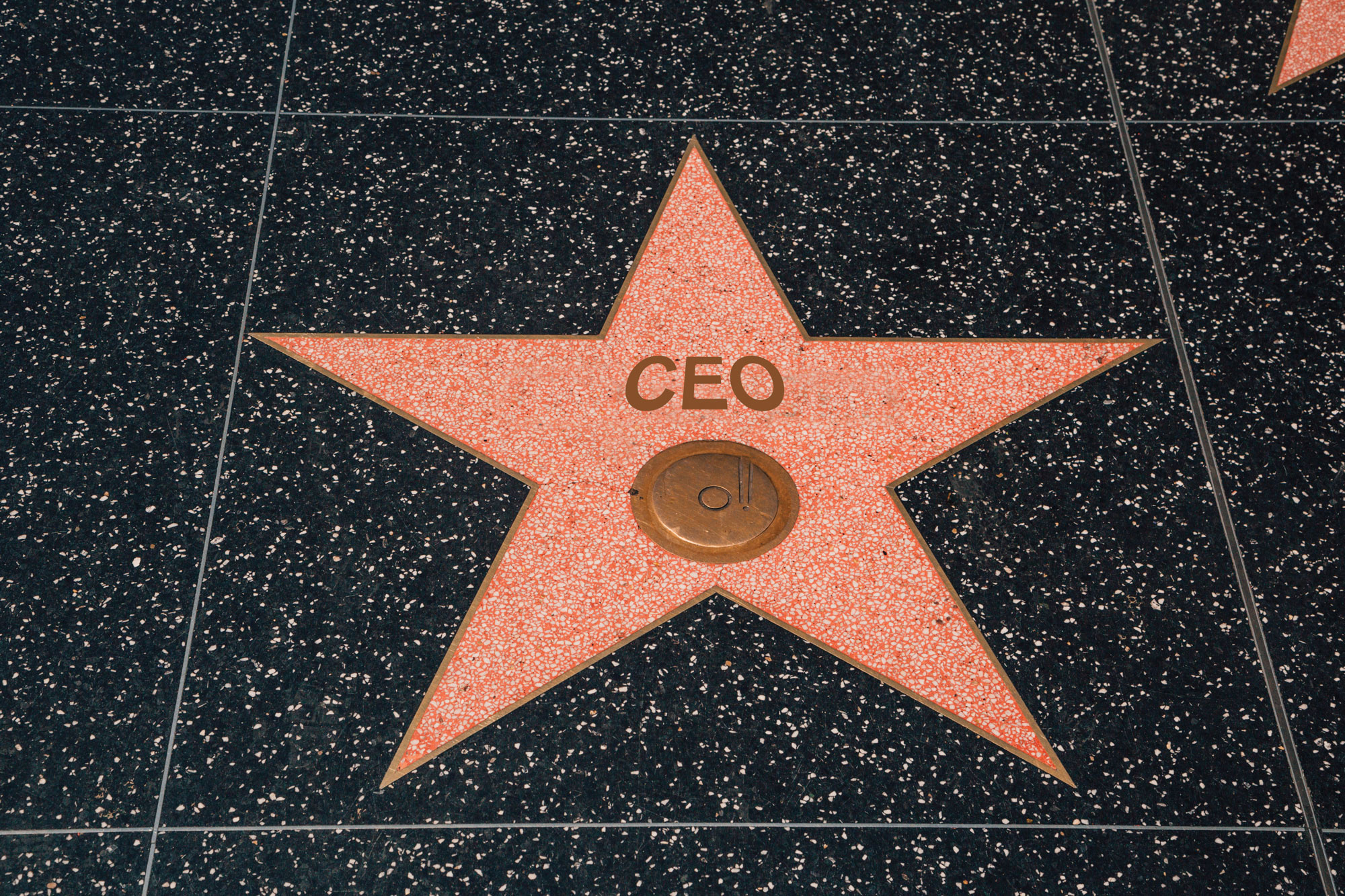 Some CEOs operate companies under the radar, with no notoriety or fanfare. Others are catapulted into idolatry, like rock stars and professional athletes. And they enjoy the trappings associated with fame — money, influence, and public adoration. But the cost of business stardom for celebrity CEOs might just be that: a trap.

Jonathan Bundy, assistant professor of management, mostly studies how famous companies and CEOs deal with external stakeholders and manage reputations in crisis and noncrisis situations. But he flipped the switch in his most recent study, “The Shackles of CEO Celebrity: Sociocognitive and Behavioral Role Constraints on ‘Star’ Leaders,” examining the mindset of famous CEOs who’ve been elevated to celebrity status.

Though image-makers focus on the positive public images of famous CEOs, it’s a position inherently lined with potential bottom-line pitfalls, according to Bundy. “Too many people want their CEOs to be famous. A lot of good can come from having a celebrity CEO. It certainly can bring attention to the firm, which can increase market share and help employees identify more with the company so they work harder,” he says.

“But it’s not necessarily a good thing to have a celebrity CEO. There are important psychological and psychosocial factors associated with being a celebrity CEO that can be detrimental to the company.”

Bundy identified four “archetypes” that celebrity CEOs are cast into because of their fame: creator, transformer, rebel, and savior. The associated star monikers create shackles because they cause famous business leaders to internalize their label and match their behaviors with how they view themselves, Bundy explains.

“It’s well-documented that a history of success among celebrity CEOs breeds less flexibility than similar CEOs who are not in the limelight. So they keep doing those things that made them famous instead of being more flexible and trying new things,” says Bundy. “In terms of management, you typically want as much flexibility and options to act as possible.”

The inability to embrace a different business approach in a new setting helped seal CEO Ron Johnson’s short-term fate at JCPenney, where the former pioneering Apple Store executive was hired to do a major rebranding that netted a 51 percent decline in company shares and his ousting after 17 months at the helm.

“Johnson was hired by JCPenney to make its stores hip and cool like he did at Apple, but he didn’t understand that JCPenney was a different business model. It was a terrible failure,” says Bundy.

While Johnson’s hiring was a colossal misstep for JCPenney, part of the blame had to do with his celebrity, according to Bundy. “He couldn’t be flexible because in his mind the strategy that made him famous at Apple was going to work at JCPenney.”

Bundy and his fellow researchers argue that because celebrity CEOs develop a sense of autonomy and live in their own box, they believe they don’t need to take advice, reject accountability, and are less able to pivot when they need to. It’s a narcissistic tendency that clouds their judgment and undermines the growth of a company in an evolving marketplace.

“Johnson believed in the hype and himself so much that he didn’t have plan B,” says Bundy. “He viewed himself as capable of creating sexy, minimalist stores at JCPenney, but it wasn’t what JCPenney needed. He couldn’t get outside of his mind and the shackles that celebrity helped create.”

Because celebrity CEOs believe they have to maintain the same behaviors and decision-making that made them famous, external audiences — customers — expect them to keep doing those things, too. “In a perfect world, a celebrity CEO would be great for business, yet in Johnson’s case, if he wasn’t as well-known, he might have been able to change and do something different.”

Jumping archetypes — and industries &mdash is not uncommon in the business world, but a star CEO label makes it more difficult for leaders to be effective decision-makers in new roles, according to Bundy.

“If Elon Musk suddenly announced he was becoming the CEO of GE or Ford, for example, he wouldn’t quite fit our idea of who he is because he’s a creator, an entrepreneur who is cutting-edge. As audience members, if he joined an older, established company, there would be pushback,” says Bundy.

And even celebrity CEOs in their current jobs run the risk of an expiration date in a constantly changing business world. “The actions and behaviors that make CEOs famous today may be a liability in five to 10 years when consumer preferences or competitors change,” he adds. “If the marketplace changes for the current organization, having a celebrity CEO could be a negative for the firm.”

Case in point: Musk, whose reputation at Tesla is so ingrained as an upstart creator with no bounds. “If the marketplace changes all of a sudden with increased competition for electric cars, Tesla might need a different type of leadership. Ten years from now, its strategy could shift to be more cost-conscious and concerned about production processes and other mundane business issues that it demands a new leader,” says Bundy.

Though Bundy believes it’s possible that some celebrity CEOs can have a long, successful run leading diverse companies, his research is a warning sign to proceed with caution in typecasting business stars.

The serious side of entertainment

Meet the alumni who know there's no business like show business.

Get to know them »