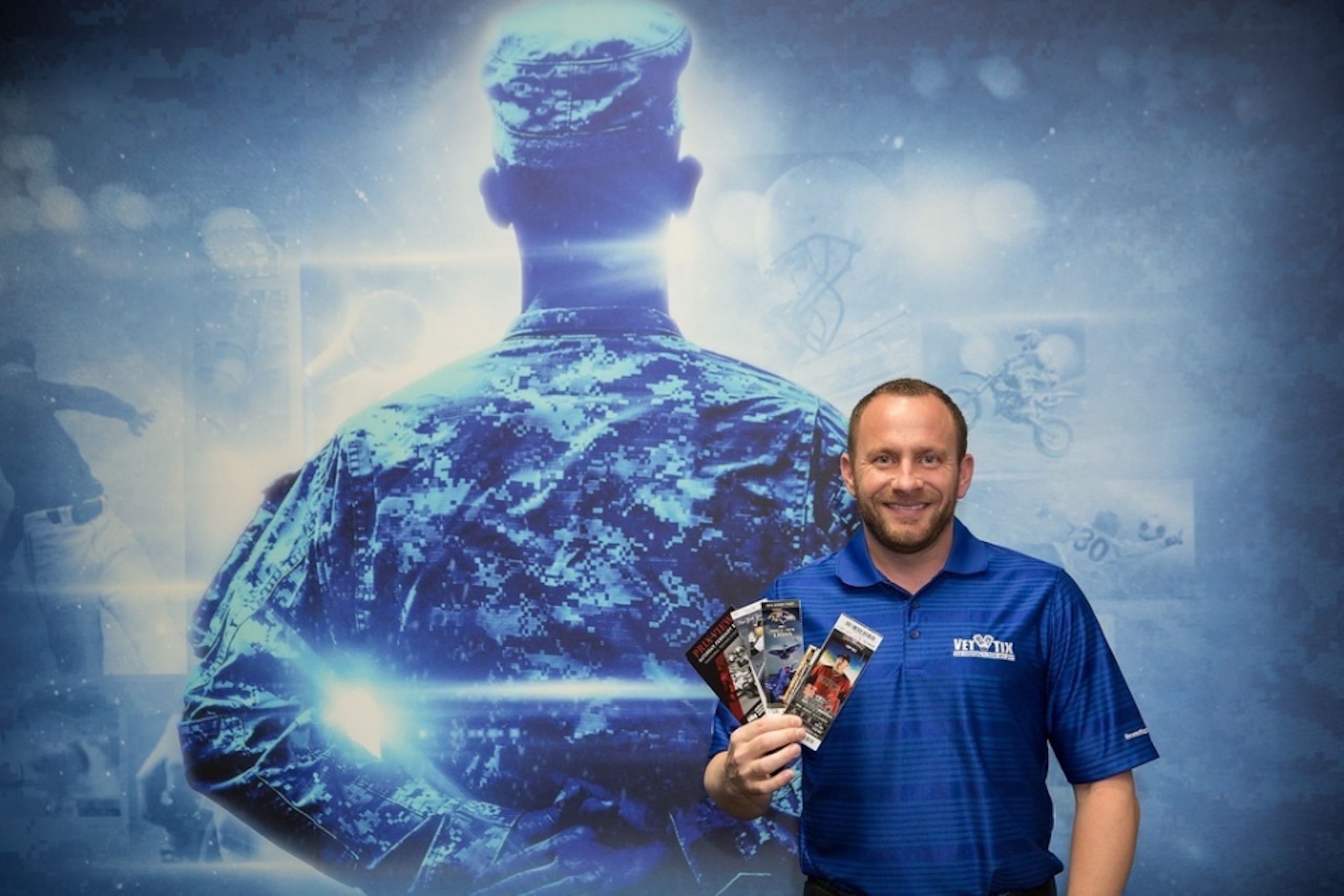 How one ASU alumni's startup is helping veterans

Arizona State University graduates have started dozens of nonprofit organizations that help thousands of people in Arizona and around the world, including Native Americans, veterans, children with disabilities, foster kids, immigrants, and people in developing countries. Here is the story of one of those alumni.

In 2008, Michael Focareto III (BS Computer Information Systems '98, MS-ISM '09) was going through some personal changes and began taking self-improvement courses. One of his assignments was to create something that would help his community and involve others.

Around the same time, Focareto attended the Super Bowl in 2008 in Glendale with a friend and noticed empty seats.

“I looked at him and said, ‘Maybe I should take this thing to the next level and create a nonprofit.’ And it turned into something huge.”

Since its founding in 2008, Vet Tix has given military veterans more than 9.5 million tickets to every kind of sporting event, as well as concerts, comedy shows, movies, Renaissance festivals, the Barrett-Jackson car auction, ballet performances, recreational experiences like paddleboarding, and venues such as zoos, botanical gardens, haunted houses, and museums.

Being a vet myself, I wanted to say thank you.

— Michael Focareto III (BS Computer Information Systems '98, MS-ISM '09), who is a Navy veteran, having served in the first Gulf War as a naval nuclear engineer on the USS Virginia

Receiving free tickets to an event does not only help families who might be having financial difficulties, it’s also a bonding experience and a way for struggling vets to integrate into society, even for a day.

When he was first launching Vet Tix, Focareto had to overcome skepticism from his fellow veterans.

“Every military member thinks everything is a scam,” he says. “They’re very cynical.”

And Vet Tix had to prove that veterans who received tickets would actually show up to events so donors could see that the seats were filled.

“That’s a big deal for organizations and now we’ve integrated our software with Major League Baseball, Ticketmaster, Live Nation, and colleges,” he says. “Teams and season ticket-holders can donate.”

Vet Tix has been able to see its impact because every recipient is invited to write a “thank you” to the donor. The site now includes nearly 600,000 testimonials, including photos of families holding “thank you” signs.

“If you start to read through them, you see people saying, ‘I was down on my luck and I was able to go to this event with my family and it gave me a renewed reason to live,’” Focareto says.

One 65-year-old veteran went to a Nashville Predators game and wrote, ‘That was the last time I saw my son alive because he died of a heart attack the next day.' If you think about it, it’s a moment in time, and what that moment in time can mean to people is surreal.

Focareto is proud that the organization spends 95% of every dollar taken in on tickets and only 5% on administration. The organization is now one of the Sun Devil 100, a group of successful businesses and organizations started or run by ASU alumni.

Besides coordinating the donation of tickets from teams, leagues, promoters, organizations, venues, and individuals, Vet Tix also buys tickets and is now its own fifth-largest donor.

The organization has also expanded to include First Tix, which gives away tickets to first responders — firefighters, emergency medical technicians, police officers, and nurses.

Vet Tix started in Focareto’s garage and now is headquartered on Rio Salado Parkway in Tempe, Arizona. The pandemic has hit the group hard, and half of the 20 employees were let go.

“We lost 99% of our revenue,” says Focareto, who, besides being founder and CEO of Vet Tix, also works full time as a senior engineer for a software company.

“But things are starting to open up a little bit. And we’ve been able to do a lot of development and cleaning up of our data,” he says.

“We have a great reputation and a lot of momentum behind us.”

To read the full, original story about seven alumni turning their passion for helping people into thriving nonprofits, go to asunow.asu.edu.