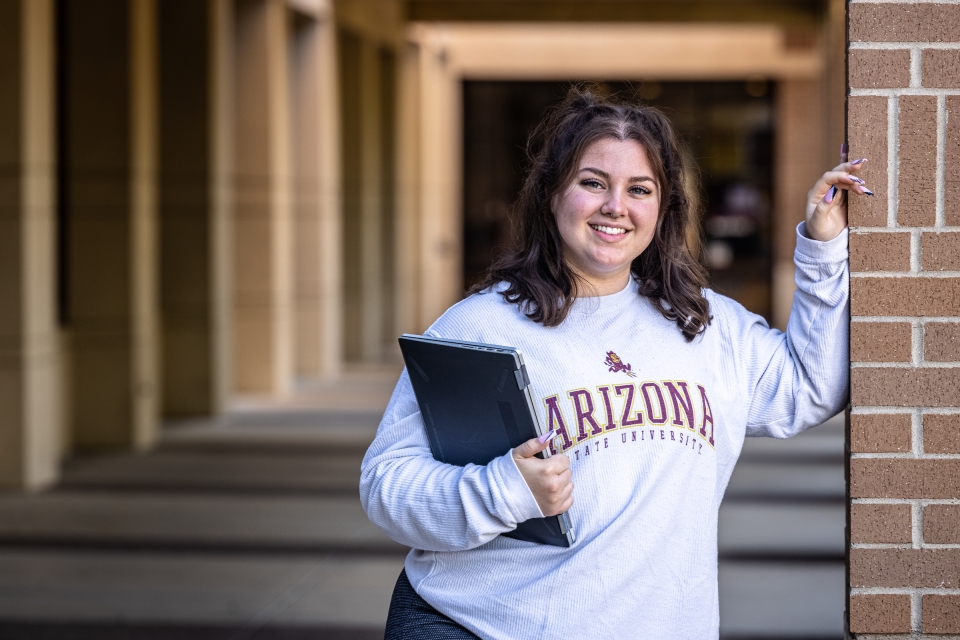 Diversity, equity, and inclusion are a priority for Council of Presidents member Elizabeth Chilton, a business administration major.

From health and wellness to increased transparency, Arizona State University’s student leaders are working on a wide array of priorities this year that they hope will widen access and improve the college-going experience for their peers.

One of those student leaders is Elizabeth Chilton, a business administration major. She's the student body president for the West campus.

Shortly after Chilton and the other campus student leaders were elected last spring, they began meeting to set the priority list, which they brainstormed and then streamlined over the summer. The final list was released in September.

The student leaders set the priorities based on student feedback, including what they heard while campaigning, plus consultation with administrators and work done by previous student administrations.

The list is divided into five “pillars,” with several specific goals. Each president is the point person for one of the pillars. Chilton's goals are diversity, equity, and inclusion.

She says that many of the goals in this pillar have been worked on by previous student government leaders.

One of those goals is a multicultural space.

That is something that will take years and last long beyond our tenure to see the final product, but every year we’re improving.

“Every campus now has a temporary space.”

Student groups on each campus are making sure the multicultural spaces are fully functional.

Chilton says that the presidents also want to make sure all students are aware of SAILS — Student Accessibility and Inclusive Learning Services.

“We think it’s very important the university recognizes the name change and prioritizes the update on all of the websites,” she says.

“Some of the websites and syllabi that students get still say DRC, for Disability Resource Center (SAILS' previous name). To us and from the feedback we heard, it shows that’s not a priority.”

Every year, the Undergraduate Student Government collaborates with SAILS on safety walks to make sure that all parts of each campus are accessible.

The priority list also includes an expansion of the Native American land acknowledgment. Each campus has a plaque, but the student leaders have received feedback that a more prominent placement, near the ASU Charter, would be appropriate. The W. P. Carey Indigenous Land Acknowledgement has a regular place in the W. P. Carey alumni magazine.

The student leaders also have asked the administration to gather and disseminate diversity data on faculty, staff and students.

“What we hope to gain from that is more transparency about the university, but also we’d like to see it turn into some kind of mentorship program,” says Chilton.

She also wants to address concerns specific to the West campus.

“And especially for our first-year and second-year students who had no experience on campus, they would always call it the ‘main campus.’ And that’s a stigma we’re trying to break.”

So several student groups have committed to tabling in the walkways at the West campus to hear from students there.

Read more about the other priorities ASU student leaders are working on this year.