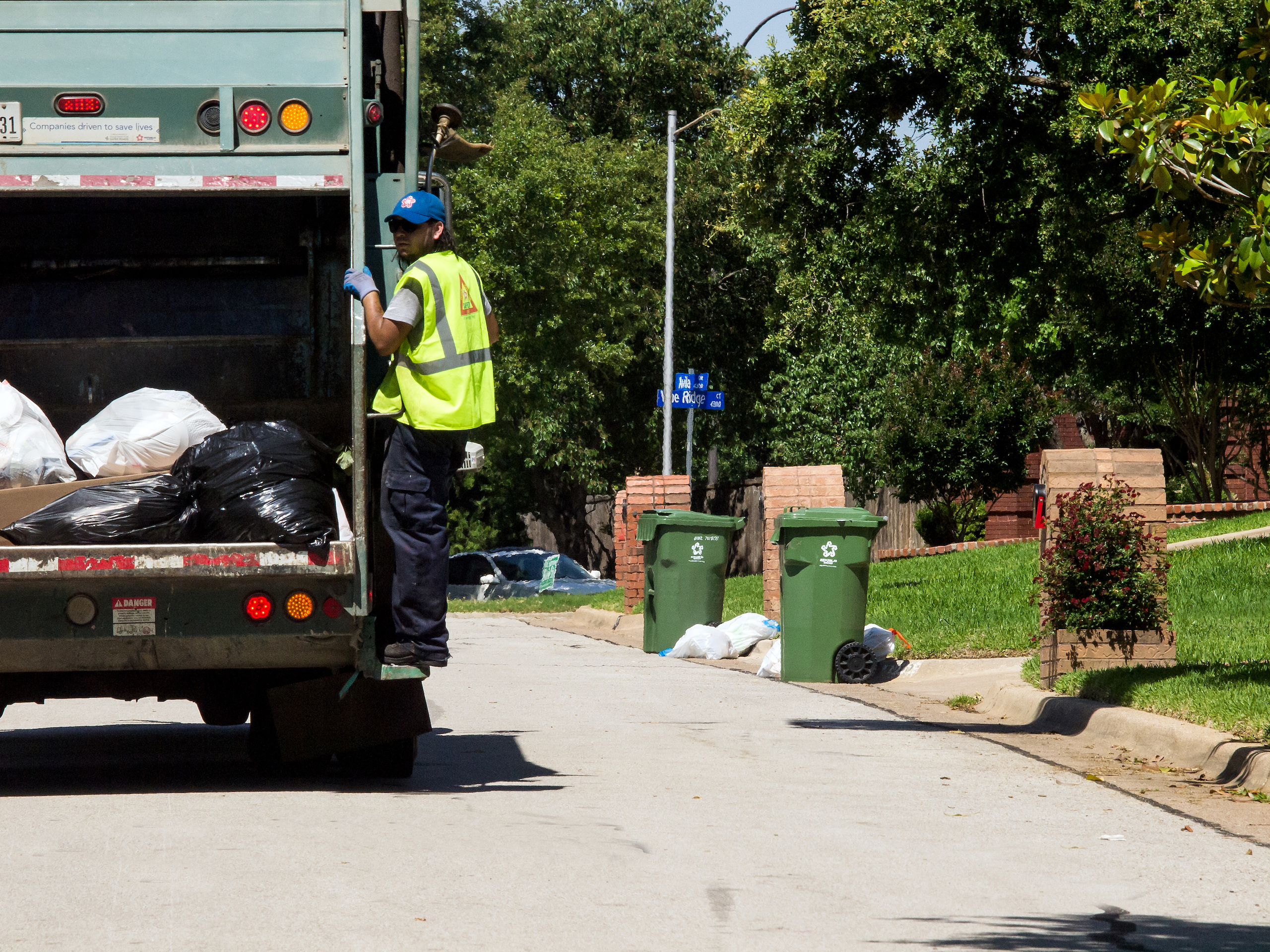 New research uncovered the processes through which stigmatization unfolds and transfers from one level to another — such as the organizational level to the individual level. Understanding these processes could help businesspeople address stigma more effectively and possibly avoid its negative consequences.

Nine months after the scandal and bankruptcy dumped more than 4,000 Enron employees into the job market, an estimated 30% of those unfortunates were still unemployed. Roy Lipsett, former logistics manager for the company, told the Houston Chronicle, "I'm suspicious that there is some stigma for people who have ‘Enron’ on their résumé. Everybody is painted with the same brush like we're all crooked."

He may well have a point, according to research conducted by Milo Wang, assistant professor of management and entrepreneurship. After reviewing 239 scholarly articles on stigma, Wang uncovered the processes through which stigmatization unfolds and transfers from one level to another — such as the organizational level to the individual level. Understanding these processes could help businesspeople address stigma more effectively and possibly avoid its negative consequences.

The first thing to understand about stigma is that it happens at many levels. Individuals may suffer stigmatization due to physical disfigurement, character flaws, or membership in some marginalized group. Organizations can acquire stigma, too, and they often do it via conduct, such as Volkswagen’s emissions-cheating scandal, which occurred after it was discovered that the car manufacturer had installed devices in millions of vehicles to adjust engines temporarily so that the cars passed emissions tests. The same cars churned out pollution aplenty under normal driving conditions.

Stigma at the occupational level also relates to things people do. In this case, it’s “dirty work,” so named because some work carries a taint of some kind. That taint could be physical, reflecting some physical thing people find unappetizing, as in the case of embalmers who work with dead bodies. Or, the taint could be moral, related to work others find corrupt or shameful. Or, the blemish may be social, reflecting something others deem degrading, such as servile jobs, like shoe shiners or taxi drivers.

Finally, stigma could be associated with industrywide vilification. Tobacco companies and nuclear power providers have seen such judgment.

Wang and his colleagues from the University of Alberta examined research covering all these levels of stigma: individual, occupational, organizational, and industrywide. They found that the research was siloed by these levels even though one level often affects another. They also found a lack of common terminology as well as little attention paid to the process of stigmatization.

Most research is about how you cope with stigma or how you can hide it. My coworkers and I wondered why there should be any stigma at all.

With that question as a starting point, Wang and his teammates identified the steps that occur in the stigmatization process. As noted earlier, these steps include transfer from one level to another, as well as emergence, maintenance, and removal.

Wang and his colleagues explained these steps in a recent paper. “By emergence, we mean how stigmatization begins. Maintenance speaks to how, through both purposeful and inadvertent actions, stigmatization persists, and even becomes taken for granted or institutionalized. Lastly, removal refers to how stigmatization can be reduced or even eliminated,” the researchers wrote.

These steps are interrelated. For instance, stigma may stem from events, Wang explains. For example, he invited people to think “about bankruptcy, misconduct, the financial crisis, or medical misconduct during the pandemic.”

Such moral- or event-driven stigma often transfers to individuals within the organization, Wang adds. “This is what we call ‘stigma by association.’”

From their literature review, Wang and his colleagues found that characteristics of stigma can affect the severity of the stigma and how it may transfer. For instance, intentional corporate malfeasance may transfer from the organization to individuals because it’s perceived as more controllable. People tend to be forgiving if negligence is not intentional, Wang says, but if it’s intentional, it’s seen as poor morality or even evil.

Likewise, the more disruptive a stigma is, the stronger the stigmatization is likely to be. For instance, when COVID-19 erupted, the contagious nature and danger of the disease created enormous disruption. For a while, people of Asian descent were maligned due to their association with the location where the first known case was identified: China. Chinese restaurants also took on stigma, too, again due to association and the transfer process.

Regardless of how stigma emerges or transfers into one’s life, workers and organizational management must deal with it. Sometimes, however, the coping methods adopted backfire. “Strategies used to respond to stigma can help maintain the stigma itself,” Wang says. That’s partly because some of these strategies are a way of normalizing the stigma. Wang says managers often aren’t trying to remove the taint. They’re accepting it and trying to avoid the consequences.

One strategy that may backfire is what Wang calls boundary management. So, for instance, members of a marginalized minority that suffers stigma may tend to stick together. “They can be more powerful as a group in a way but, at the same time, the sense of separation between minorities and majorities” may grow,” he says.

Another coping strategy that can go wrong is concealment, something Wang says was employed when the marijuana industry was trying to find legitimacy and acceptance. Some growers in those early days used black-market outlets for their products to keep their businesses going. “Using black-market channels doesn’t help with de-stigmatization. It actually contributes to the stigmatization,” Wang says.

While dealing weed under the table may have helped maintain stigma in the marijuana industry, holding up medical marijuana as a public good was a distinct stigma-removal approach, according to Wang. “That led to a big shift in societal evaluation around this particular industry,” he says. Rather than be the bad guy, this industry found a way to be somewhat beneficial.

Another strategy is to deflect stigma by creating a contrast between your industry or business and another, with the other being somehow vilified. Uber is the example Wang offers.

Before Uber, people rarely thought about shared rides. Ridesharing: What is that? It doesn’t sound safe. It might not sound affordable, either.

One thing Uber did to differentiate and de-stigmatize itself was addressed some of the shadier aspects of the taxi business. “If you are a tourist in a new city, you might get a taxi driver who takes a detour,” Wang explains. As the ride continues, the price goes up. “Uber is the exact opposite. They give you a price first. It doesn’t matter what the route is. This changed the whole idea about the ride industry.”

Another stigma-ending approach Wang mentions is reframing that which is stigmatized and shining a positive light on the stigmatized person, industry, or organization. Wang says these tactics came into play when organic farming first debuted in Finland, where earlier organic farming efforts had sometimes centered around biodynamic agriculture, which draws upon organic agricultural techniques as well as mystical rituals such as burying crystals with crops or timing crop planting times on planetary movements.

That mysticism stigma transferred to organic farming in general. Rather than being seen as an alternative to chemically supported agriculture, organic farming was seen as unscientific and incapable of meeting the needs of the country.

The Finish organic farming community went on the offensive, joining farming organizations, going to conventions, providing evidence of scientific validity by promoting organic farming professorships and sponsoring research projects, as well as creating standards for organic labeling to convey that organic farming was reliable and safe. Today, organic farming is a growing business in Finland. One trade group estimates market share rose 9.57% between 2019 and 2020. Nearly 25% of the baby food market is organic, and eggs capture a 21% market share.

Clearly, stigma can be removed, and taking control of the media narrative is one way to do it. It certainly beats stigma-management efforts, which often sustain the stigma and allow it to persist. Wang says removal is the most important part of the stigmatization process business managers should consider and, if appropriate, act to achieve. After all, he reasons, “if you’re working in a stigmatized business, why would you not care about de-stigmatization?”