When faced with the challenge of hacking into a bank account, computer information systems junior Alexis DeVries searched the account holder's social media to find clues to the password reset security questions. It worked. That successful trick earned her 600 points and first place.

The March event was themed "Ready Player One" and hosted by Nike's Corporate Information Security team. It offered participants a safe, sandboxed environment where they found and took advantage of vulnerabilities in a mock banking application. Hackers also had the opportunity to show off their skills to Nike recruiters in hopes of landing an internship. 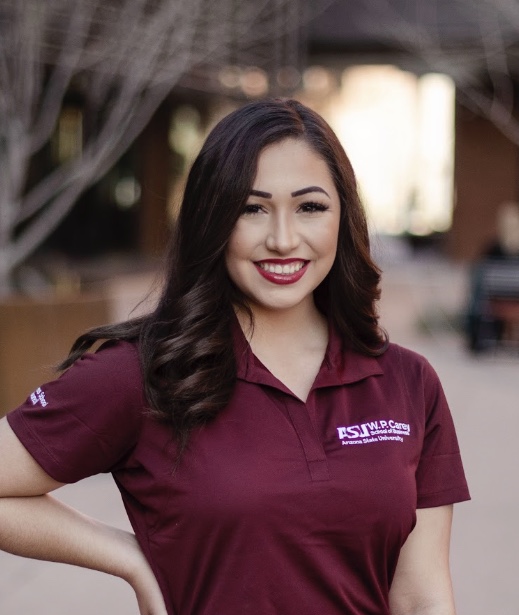 Nike instructors offered information and on-the-spot training during the competition. DeVries learned the theory of hash cracking; a hash is a function that uses an algorithm to obscure sensitive database entries.

"It was learning as I was doing," says DeVries, who's also majoring in CIS business management.

The more vulnerabilities competitors found, the more points they earned. DeVries says she questioned every move. What kind of tech is it? What are the typical patterns followed with this technology? What's the HTML source? What happens when users click the log-in button?

Each step through the system, like error messages, HTML comments, and a simulated stock market ledger, led to more clues, and when participants breached the pages, they earned points. After exposing a vulnerability, the hackers had the choice to deplete resources, execute malicious code, manipulate data structures, or alter the system components.

"This competition taught me to know my enemy and think like a threat agent while developing systems for my employer someday," DeVries says.

She was pleasantly surprised to find herself at the top of the leaderboard.

DeVries credits CIS 401, a cyber risk management course, for giving her the know-how to win the competition.

As threats evolve just like technology, cybersecurity is a never-ending task, says Lecturer Christopher Sulla, who teaches the course. In today's business environment, it's critical to know and understand the risks, "it is the difference from thwarting a ransomware attack to becoming a victim of it," he says.

Sulla plans the course curriculum around current cyber events, real-world case studies, and the global legal and regulatory landscape. He was pleased to hear of DeVries' win.

"It's confirmation that the content within the course is current and relevant to the industry. It is what future employers are looking for in our graduates," he says. DeVries, an Arizona native from Yuma, got her love of computers from her mother. Her mom taught her coding and all the possibilities of a career in technology. DeVries is currently working part-time with Microsoft. She has her sights set on a project manager position with a tech company, and one day, she plans to become a chief information officer.