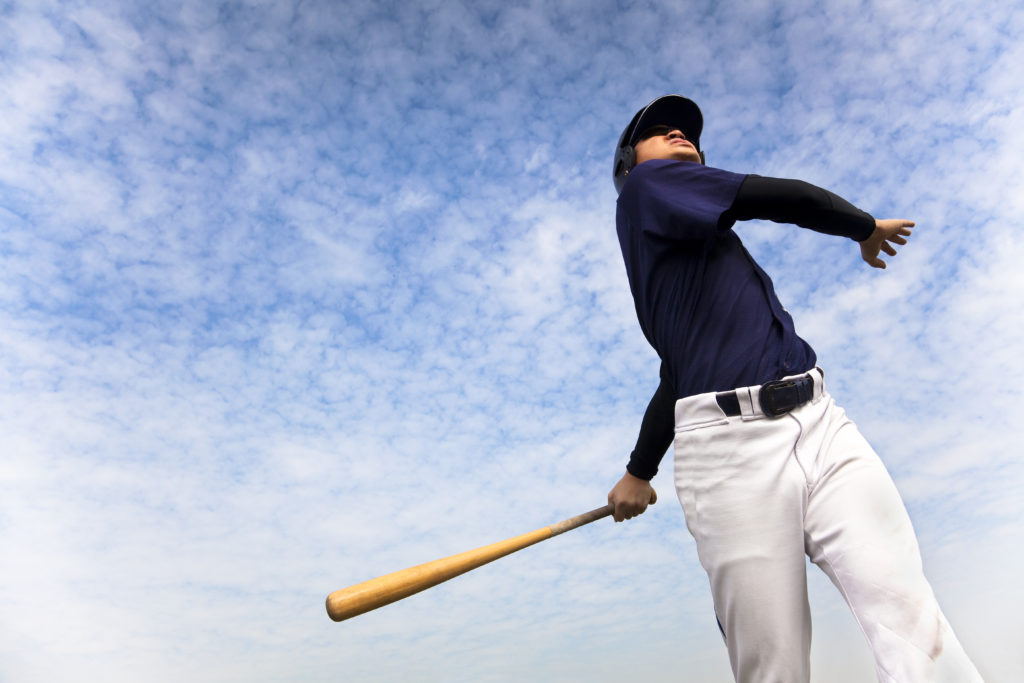 New research by Professor of Finance Hank Bessembinder shows that the slim odds of picking companies that will turn into big winners also apply to picking publicly traded stocks that will outperform U.S. Treasury bills in the long run.

Those Silicon Valley high rollers aren’t like the rest of us, right? Sitting in swanky offices, grilling entrepreneurs, and searching for the next big thing, they still know that most of their investments will be losers. Still, it will take just one or two investments in the likes of the next Airbnb or Uber to make everyone wildly wealthy.

However, if you’re an investor without a broadly diversified portfolio of publicly traded stocks, you might have more in common with venture capitalists than you think. New research by Professor of Finance Hank Bessembinder shows that the slim odds of picking companies that will turn into big winners also apply to picking publicly traded stocks that will outperform U.S. Treasury bills in the long run.

“Most of us have an understanding that things are highly uncertain and risky in venture capital,” Bessembinder says. “Most of your projects are going to lose money, and probably many of them are going to fail completely, but you’re anticipating a few home runs. And if those few home runs do really well, it’s enough that your whole portfolio makes money.”

The conventional wisdom that stocks outperform Treasury bills still holds up when looking at the overall stock market and broadly diversified portfolios, Bessembinder says. But the big surprise in his research is that most individual U.S. common stocks generate buy-and-hold returns that fall short of returns on the lowly one-month Treasury bills (T-bills).

Some 58 percent of the stocks that have been listed on public U.S. stock markets failed to beat T-bill returns over their lives, and 38 percent beat T-bills by just moderate amounts. That left just over 4 percent of stocks responsible for boosting the market’s overall returns higher than those on T-bills.

The results tell us that the overall market’s record as a better investment than T-bills is due to a small percentage of stocks that generate outsize returns.

“If you’re going to have most stocks underperforming, yet the market as a whole does well,” he says, “the only way these two things can come together is that there are a few stocks doing really well that pull the whole market up.”

Tops on the list of wealth creators were ExxonMobil, Apple, Microsoft, General Electric, IBM, Altria Group, Johnson & Johnson, General Motors, Chevron, and Walmart. To realize outsize gains, however, investors would have to have been lucky or savvy enough to pick those and other winners out of the nearly 26,000 stocks, buy them when they first went public, and hold the stocks for the long run.

The research has drawn plenty of publicity from media including The New York Times, The Wall Street Journal, and Bloomberg, but Bessembinder says he got into the stocks-versus-T-bills question accidentally. He was looking at data on continuously compounded returns for stocks and noticed that the average was negative, meaning a lot of stocks were losing money. He didn’t understand how that could be, given the fact that the overall stock market does make money in the long run, and he wanted to know why.

He decided to look at individual stocks, rather than the overall market, and track their monthly returns, including reinvested dividends, over time. Using the Center for Research in Security Prices (CRSP) database, he identified 25,967 stocks trading between 1926 and 2016 and looked at returns for investors who bought and held stocks for a month, a year, a decade, and their lifetime. He then compared every stock’s returns to Treasury bill returns over the same timespan.

Looking at individual stocks and tracking performance over their lifetimes was the novel approach, he says. His results showed that just a few outcomes were way above the mean outcome, while most were less than the mean — evidence of a statistical concept of positive “skewness.”

Bessembinder also delved into some possible reasons why so few stocks were responsible for generating the overall market’s returns.

He looked at stocks still trading; those that are no longer listed because they were merged, exchanged, or liquidated; and those that had been delisted by a stock exchange. As expected, it was primarily the delisted stocks that underperformed T-bills — though an investor would have to be lucky or skilled enough to have predicted which stocks would eventually be delisted to avoid the outcome. He also found that the majority of generally steady large-cap stocks outperformed T-bills, but barely 37 percent of generally riskier, small-cap stocks did.

He also looked at whether the decade in which a stock first appeared on an exchange mattered. Some might expect the decade marked by the Great Depression to have most hindered stock performance, but worst rate of underperformance was for stocks that entered the public markets between 1967 and 1986 — likely because the Nasdaq market allowed the listing of younger firms during that time.

Bessembinder says the research shows that for investors with diversified portfolios, or for those who use a passive strategy of investing in index funds, the poor performance of nearly 96 percent of stocks is not a big deal, as the diversified portfolio will contain the few stocks that turn out to be big winners. On the other hand, investors who are not well-diversified or who bet heavily on small-cap stocks are taking risks similar to those taken by venture capitalists, in the hopes of hitting a few home runs.

Ironically, people on both sides of the passive-active aisle find support for their views in Bessembinder’s research. Proponents of passive strategies see one more reason for buying a wide range of stocks and holding them for the long run. Proponents of active stock-picking strategies see a reason to hunt for the handful of stocks they expect to be big winners.

To further his research, Bessembinder would like to compare the performance of stocks in the U.S. to those in other countries, as well as dig into whether the better performance of the 4.3 percent of stocks deemed "big winners" can be attributed to common characteristics.

He’s still a believer in the stock market and diversified portfolios as proven ways for investors to build wealth.

“Conventional wisdom is that the stock market outperforms in the long run. I’m not trying to overturn that,” Bessembinder says. “I just want people to understand that it's a statement about the broad stock markets. What’s new is finding that most of the individual stocks don’t outperform the market.”

The research has the following takeaways, according to Bessembinder:

For most individual investors — The results reinforce the desirability of having a well-diversified portfolio, which increases the chances that some of your stocks will become big performers, and of the buy-and-hold strategy.

For investors willing and able to undertake bigger risks, particularly for those who value “skewness," the odds are that picking just a few stocks will lead to underperformance. But, if you are lucky or sufficiently skilled, a handful of picks can have the potential for very big payoffs.

For fund managers — Active managers need to be able to make the case to investors that they have a reasonable chance of picking big winners in advance. Passive managers now have more ammunition to show investors that diverse investments held for the long run will most reliably create wealth.

For managers of publicly traded companies — The median length of time a stock appears in the CRSP database is 7.5 years, so take that as a reminder of how dynamic the U.S economy has become.

Bessembinder’s research has been covered extensively in major news outlets. A listing of lifetime wealth creation for each common stock in the CRSP database, as well as his SAS computer program that creates this listing, is available to those who are interested.