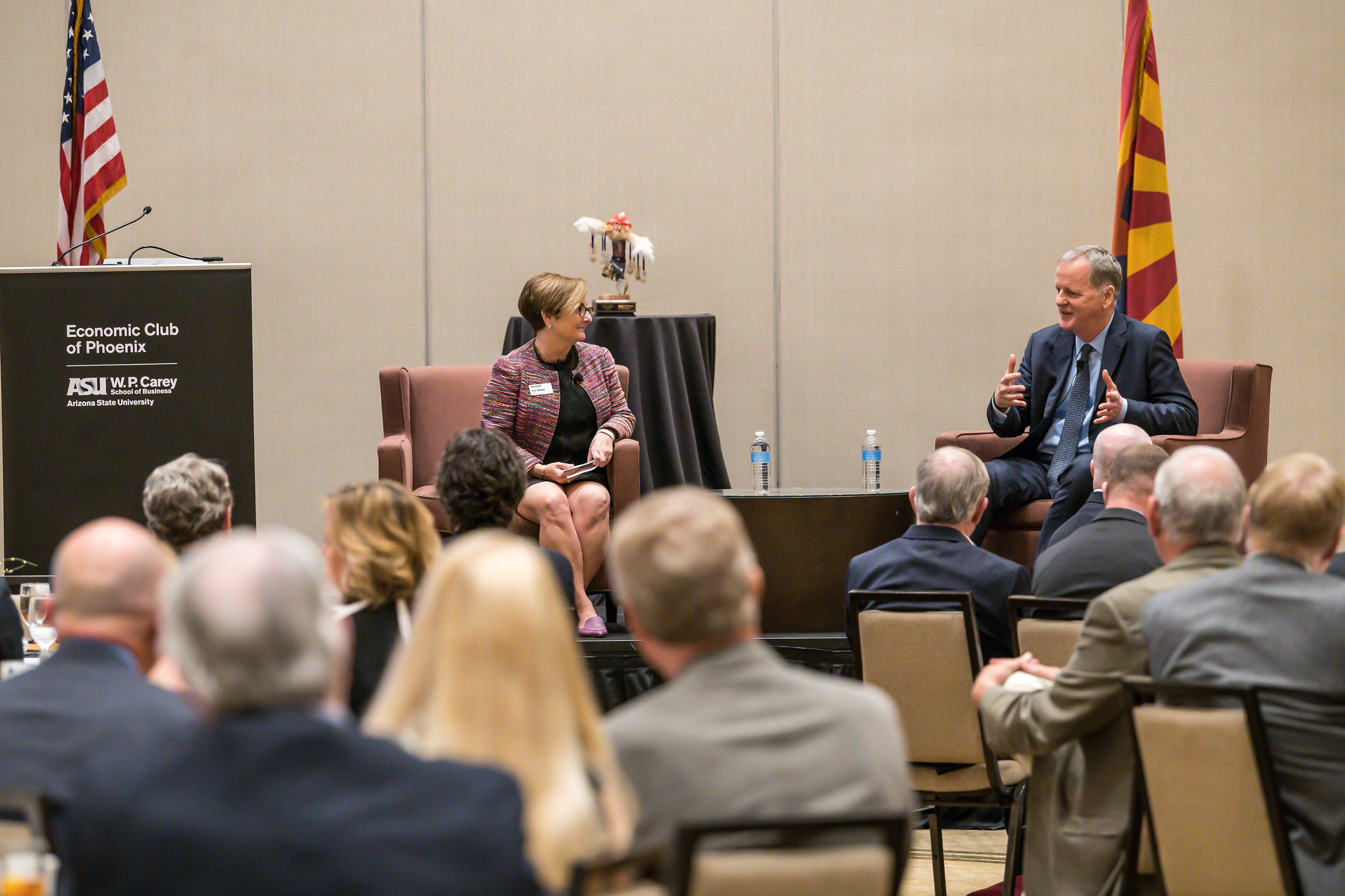 In recognition of his leadership, the school honored him at a luncheon at the JW Marriott Phoenix Desert Ridge Resort on April 4.

TEMPE, AZ (April 5, 2019) — Chairman and CEO of American Airlines Doug Parker was awarded the 2019 Executive of the Year Award by Arizona State University’s W. P. Carey School of Business. The award honors business leaders who have created and sustained superior organizational performance, and whose presence exemplifies a model for future business leaders.

In recognition of his leadership integrating US Airways and American and his strong support of the airline’s employees, the school honored him at a luncheon at the JW Marriott Phoenix Desert Ridge Resort on April 4.

"It's an honor to recognize Doug Parker as this year's Executive of the Year," says W. P. Carey School of Business Dean Amy Hillman. "He is a beacon of reliability in an industry that has gone through a lot of changes. “Doug has led the airline with tremendous vision and integrity, and the results have shown through both financial and operational performance."

"What's been driving me and why we did these mergers was not because I wanted to be a CEO of a bigger company," Parker said at the event. "People who are hardworking should have a company they don't have to worry about. That was the way to give them a safe harbor."

Parker is a strong supporter of the people of the airline industry and American is emblematic of the transformation that has occurred in the industry. American has produced record financial results in recent years, allowing the airline to make unprecedented investments in its team members and product while returning money to shareholders.

Prior to joining America West in 1995, Parker served in multiple leadership roles with Northwest Airlines and American Airlines. He received a bachelor's degree in economics from Albion College in 1984 and an MBA from Vanderbilt University in 1986.

Headquartered in Fort Worth, Texas, American Airlines offers an average of nearly 6,700 flights daily to 350 destinations in 50 countries. American has more than 130,000 team members around the globe and serves more than 200 million passengers annually.

Parker married his wife, Gwen, in 1990 and they have three children: Jackson, Luke, and Eliza.

He is the 36th Executive of the Year chosen by the Dean’s Council, a national group of prominent executives who advise the W. P. Carey School of Business.

The event to honor him is part of the annual Economic Club of Phoenix speaker series.