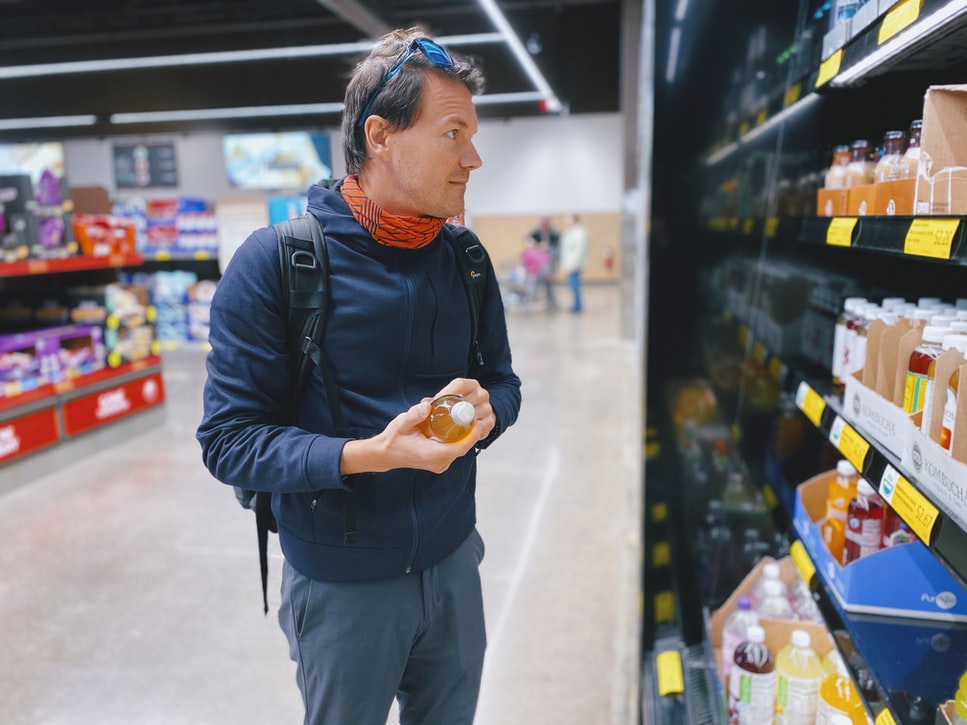 Are you a label-reader, the kind of shopper who stands in a grocery aisle studying nutrition details and other product specifics of multiple items before you toss your choice in your cart? Carola Grebitus, an associate professor of food industry management, has found that personality is a big factor in how people make buying decisions.

Are you a label-reader, the kind of shopper who stands in a grocery aisle studying nutrition details and other product specifics of multiple items before you toss your choice in your cart? If so, what label information prompts you to say “yes” or “no” to a product? Carola Grebitus, an associate professor of food industry management, has found that personality is a big factor in how people make buying decisions. “I’ve conducted several studies on personality, and I always find that personality explains something important,” she says.

The big five + one

“When you think of personality, some people think there are only three traits, some think there are 20,” Grebitus continues. In research, “the big five” is what scholars usually examine, she adds.

Those “big five” traits are openness to new experiences, conscientiousness, agreeableness, extraversion, and neuroticism. Grebitus and her research colleagues added a sixth trait — agency — which is related to a person’s tendency to be assertive and outspoken.

“From the theory point of view, everybody has these traits, but not everybody has them in similar strength,” Grebitus explains. “That is our assumption. Then we say that your personality — maybe how open or extroverted you are — affects your behavior and your preferences.” Naturally, all the other traits besides openness and extraversion also come into play.

“Broadly, personality traits characterize how people think, feel, and act as compared to how they indicate they are thinking, feeling, and behaving,” the researchers wrote in a write-up of their study. They also note that, before this investigation, personality had already proven to be a factor in purchase behaviors of various products, including apples and wine. Plus it’s been found influential in how people seek and process various types of commercial information, whether people are more likely to swap one product or store for another, the degree of brand loyalty a consumer exhibits, as well as willingness to buy online.

Also, prior studies had confirmed that labels related to food production methods impact purchasing preferences and willingness to pay for the product. An example of the production method might be whether that food is a genetically modified organism (GMO), a food that has been altered via genetic engineering. Another example: Was the food grown organically? Or, was it grown without pesticide use, a label many consumers see as a substitute for organic production?

In this recent study, the Grebitus teamed up with other researchers to study the Medjool date industry, a choice made partly because it’s an industry that’s on the rise in Arizona. Currently, about 90% of the date fruit sector stems from California, but Arizona has the next largest share of the market, and its volume is expected to increase as much as 20% in the next five to 10 years. Consequently, the research team looked at how people with different personality types value characteristics related to key production methods — GMO and pesticide-related labels — as well as the region of origin: California versus Arizona.

Personality, Grebitus says, is largely innate. That is, the tendency to exhibit one personality characteristic over another is with us from birth. “Some people are introverts, some are extraverts. It’s how they are born.”

What’s more, different personality types may exhibit the same behavior, but for different reasons. So, for example, why might an extravert prefer pesticide-free food? Grebitus thinks it’s because they tend to like trying new things and, perhaps, there’s a bit of showmanship involved, as if those outgoing people are telling the world through their choices, “I pay attention. I buy pesticide-free.” Meanwhile, those who are neurotic, a trait often associated with anxiety, might buy pesticide-free products out of fear, and those who are agreeable, which is characterized by kindness and likeability, could be thinking about the health of their children.

According to Grebitus and her team, people with a high degree of openness tend to have strong intellects and originality, while someone low in openness prefers the familiar. In this study, that might mean the person who scores low on the openness scale might prefer traditional production methods for their dates, such as pesticide and GMO-free products. They might also have a strong region of origin preference.

Conscientious people tend to be highly responsible and hard-working. This responsible soul might spend a lot of time looking at product labels and therefore prefer the GMO-free choice. Grebitus found in prior research that this personality trait was linked to reduced demand for genetically modified products.

Agency, which relates to dominance and self-confidence, made the researchers suppose that people exhibiting this personality trait strongly might be inclined to study labels to ensure control over their decisions.

To explore the relationship between personality and product labeling, the researchers first selected a study group of 1,500 people who were known purchasers of dried fruit. Of these, only 16% rarely or never bought dates. The rest of them bought dates at least a few times a year, and 28% bought the fruit at least monthly.

Each of these study participants voiced their views on 30 adjectives designed to reveal personality traits, then completed a hypothetical online choice experiment where they were repeatedly asked to imagine making purchasing decisions between packages of dates with different product characteristics and prices on their labels.

On top of personality, the researchers used analytical software to factor in some demographics, such as age and gender, so that the study could more clearly portray the shoppers who preferred dates with one product label over another.

People who preferred dates that were labeled both pesticides- and GMO-free were called “production-method shoppers,” and they made up 63% of the study participants. Mostly a group of men, they weren’t concerned with the region of origin and they tended to be younger than the group average. They also ranked higher on personality traits of openness and neuroticism.

The next largest group was premium-price-shoppers. “This may sound counter-intuitive, but some people feel better when they buy something pricey because they think it has a higher quality,” Grebitus says. Along with higher prices, these people also preferred the pesticide-free label, but they weren’t as swayed by the GMO-free labeling. Personality-wise, they scored lower than the average on extraversion and neuroticism. They also tended to be older than others among the sample consumers participating in the study.

Nine percent of study participants — often extraverts — preferred packages with lots of information. Six percent — a group that scored high on the conscientiousness scale — preferred pesticide-free labeling. These buyers were more likely female and younger than the average of the group.

Overall, Grebitus says this study showed that if a seller could only put one piece of information on the label, it should be “pesticide-free.” After all, she says, most people seem concerned about pesticides.

Speaking of fear, that might be a handy thing to use in advertising Medjool dates, according to this study. Recall that the 63% whom Grebitus called “production-method shoppers” had higher than average neuroticism. Grebitus notes that advertising could leverage consumer discomfort.

In general, personality matters, she says. And it pays to understand the personality of your top buyers.

“If your product is liked by extroverts, you would probably talk to shoppers differently than if they were introverts,” she says. “Demographics are one thing, but if you know what personality trait is important for the product, that’s something you could work with.”