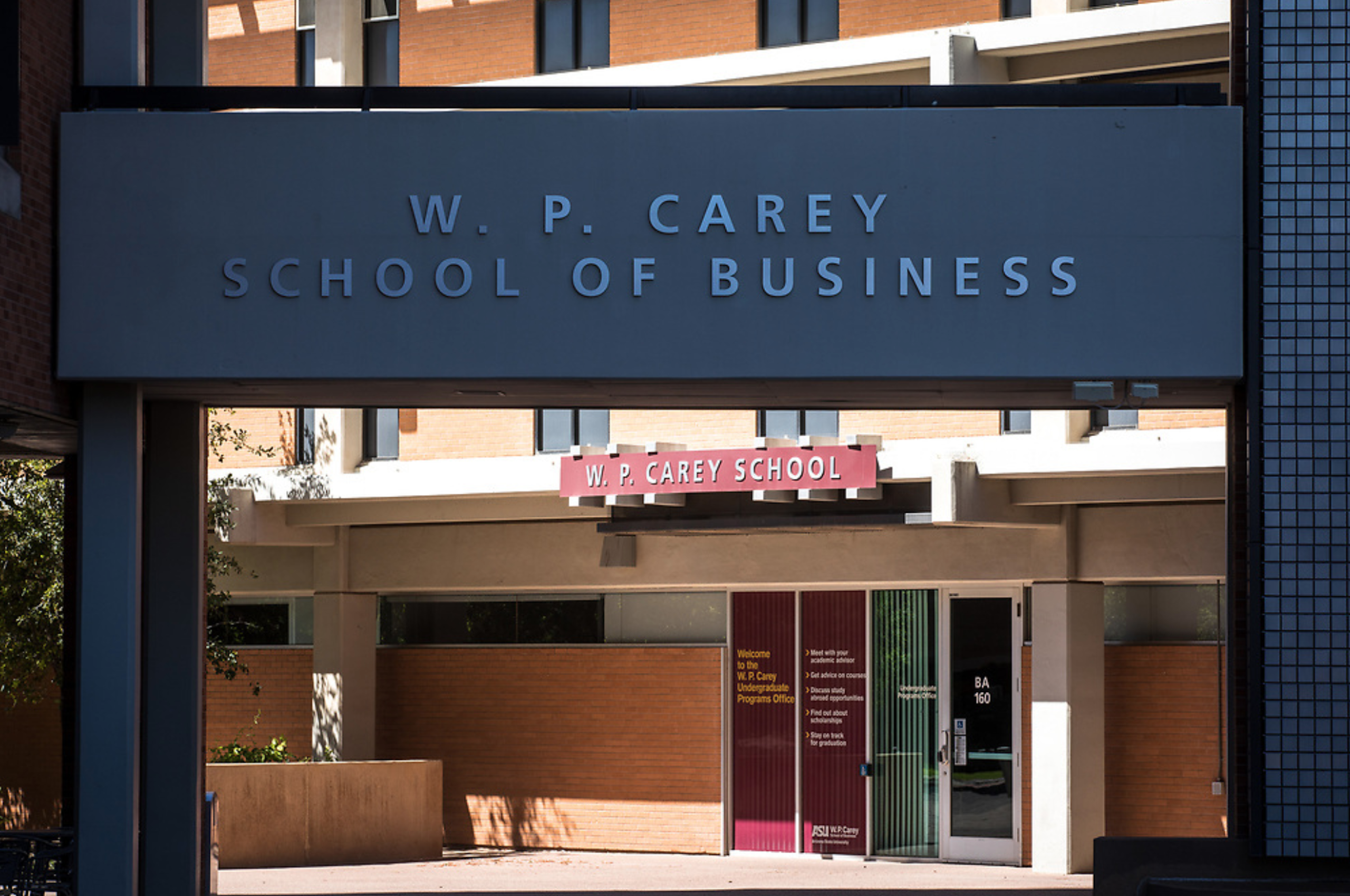 For the 38th time, the W. P. Carey School of Business Dean’s Council has awarded an exceptional global business leader who has created and sustained superior organizational performance and whose presence exemplifies a model for future business leaders.

TEMPE, Ariz. (April 12, 2021) — For the 38th time, the W. P. Carey School of Business Dean’s Council has awarded an exceptional global business leader who has created and sustained superior organizational performance and whose presence exemplifies a model for future business leaders.

Sheryl Palmer is the chairman and CEO of Taylor Morrison Home Corp., a leading national homebuilder and developer based in Scottsdale, Arizona. Since 2007, she has overseen a highly experienced leadership team in several key national homebuilding markets.

With more than 30 years of cross-functional building experience, including leadership in land acquisition, sales and marketing, development, and operations management, Palmer has led Taylor Morrison into the top ranks of America’s largest public homebuilders, following the company’s IPO in 2013. This year, the company was named America’s Most Trusted Home Builder for the sixth consecutive year by Lifestory Research and was named 2020 Builder of the Year by BUILDER Magazine. Palmer will be honored on Thursday, April 22, from noon to 1 p.m., at a live virtual Economic Club of Phoenix (ECP) ceremony. ECP events are free of charge this spring, and all are invited to attend the premier business speaker series in the Valley. Register at wpcarey.asu.edu/ecp.

“It is a pleasure to award Sheryl Palmer this year’s Executive of the Year honor,” said Amy Ostrom, interim dean of the W. P. Carey School of Business and PetSmart Chair in Services Leadership. “Sheryl has led Taylor Morrison into an incredibly successful company, while also fostering a culture of trust and respect with clients and employees. That commitment to integrity in leadership is exactly what this award celebrates.”

“It’s an honor to be named Executive of the Year by the W. P. Carey School of Business Dean’s Council,” said Palmer. “While there are many recent successes worthy of celebration at Taylor Morrison, I’m especially proud of our team members for leading us through a truly turbulent year. As a homebuilder during a time when many of us are spending a significant amount of time at home, we take our commitment to treat each home as the most important one we will build very seriously.”

About the W. P. Carey School of Business
The W. P. Carey School of Business at Arizona State University is one of the top-ranked business schools in the United States. The school is internationally regarded for its research productivity and its distinguished faculty members, including a Nobel Prize winner. Students come from more than 100 countries and W. P. Carey is represented by alumni in over 160 countries. Visit wpcarey.asu.edu.