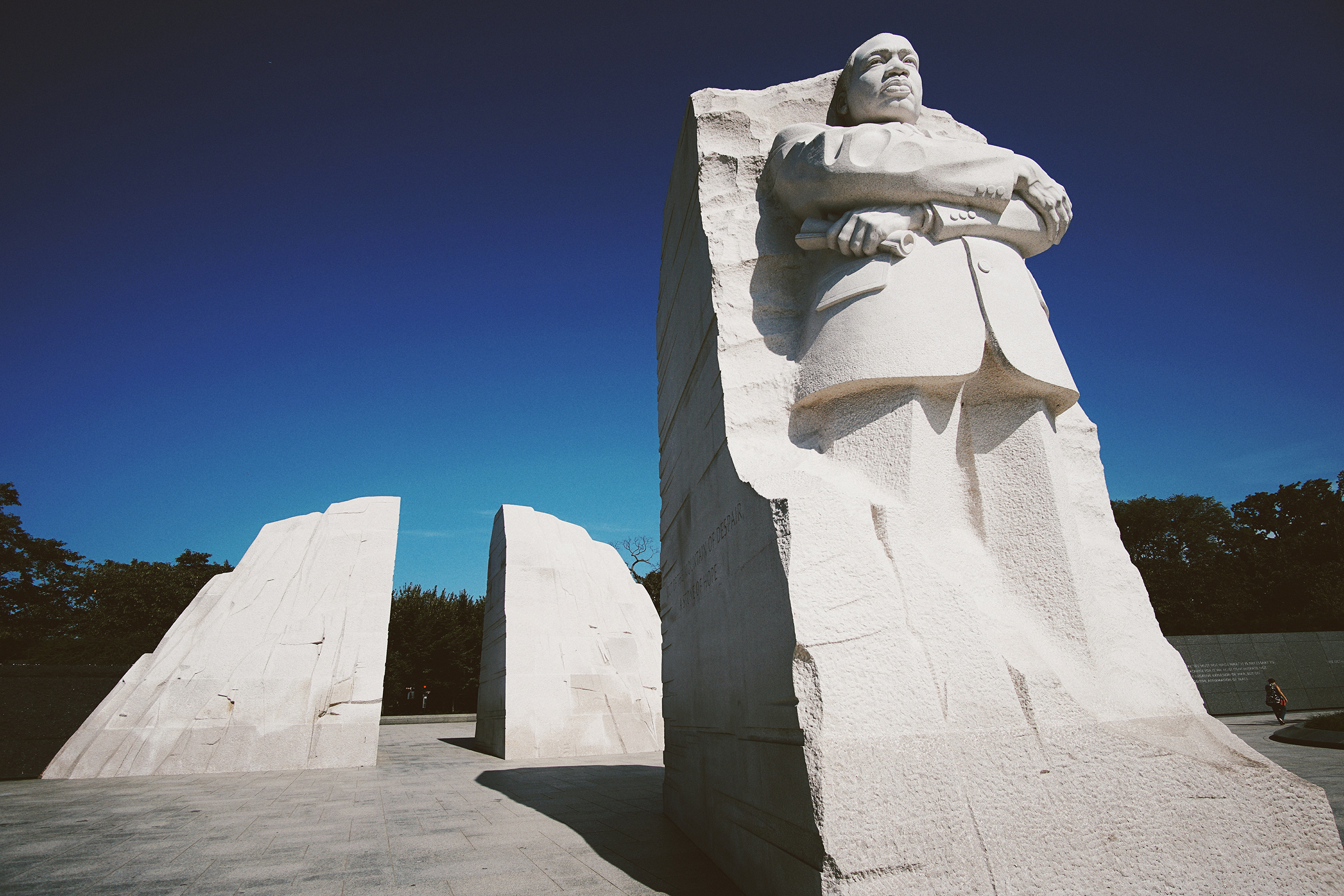 Martin Luther King Jr. was many things: minister, activist, civil rights leader, speaker extraordinaire, and winner of the Nobel Peace Prize. But few would see him as a great model for business leaders.

Martin Luther King Jr. was many things: minister, activist, civil rights leader, speaker extraordinaire, and winner of the Nobel Peace Prize. But few would see him as a great model for business leaders.

In fact, King exemplifies not just one, but two types of organizational leadership, both vital to today’s business environment, according to Christopher Neck, associate professor of management at the W. P. Carey School of Business, and his colleague Jeffrey Godwin of Saint Vincent College. King, they argue in a paper published in the Journal of Leadership and Management, was both a transformational leader and a servant leader, and enterprises today would benefit greatly from adopting his techniques.

Neck’s attention turned to King after sharing his “I Have a Dream” speech with students to illustrate charisma. His research centers on leadership, and he began studying King’s life and career in depth. So did Godwin. Both professors started using King as an example of leadership, but their categorizations differed — Neck saw him as a servant leader, and Godwin saw him as a transformational leader.

“We talked about it and put two and two together, like chocolate and peanut butter. It spearheaded the article,” Neck says.

The visionary and the helper

Transformational leadership and servant leadership are two management styles described extensively both in academia and in the business press.

Transformational leaders articulate a vision. They provide employees or followers with a model consistent with their values, have high-performance expectations, and set group goals. They challenge their fans to re-examine assumptions about how things are done and provide support to help them make changes. They are concerned about employees’ feelings and needs.

Steve Jobs and Jeff Bezos are examples of transformational leaders in the business world.

Servant leaders believe in empowering and developing people on an individual level. Humility, authenticity, and interpersonal acceptance are some of their defining characteristics. In business, they pay close attention to employees’ skills and help guide them to the right path.

Most leadership studies extend beyond the corporate world to include figures from politics and religion. We often cite Nelson Mandela and Mother Teresa as examples of servant leaders.

Servant leaders are harder to find in the business world, but former PepsiCo Inc. CEO Indra Nooyi, who is a chairperson for the organization today, is a case, Neck says. He knows two vice presidents at the company, and both say Nooyi “provided them with anything they needed, down to the custodial level.” Another example is Cheryl Bachelder, the former CEO of Popeyes Louisiana Kitchen, who turned the company around by serving the needs of individual franchise owners. She wrote a book about her experience, "Dare to Serve: How to Drive Superior Results by Serving Others."

Both types of leaders aim to empower employees and improve performance, but the transformational leader focuses more on the organization as a whole, while the servant leader focuses more on individuals. Both paths lead to the same goal, and in the end, the two types have more commonalities than differences, Neck says. “If you care about employees first, they will work harder, and their performance will improve. At the end of the day, it’s all about the organization.”

In his research on King, Neck found examples of both types of leadership. King had a vision and set a model for followers to emulate. His expectations were high, and he challenged people about their assumptions.

But he was also patient, advocating nonviolence and cooperation. He promoted equality and fairness and helped individuals believe in themselves, realizing that personal motivation was the key to social change.

King and the Chicago Campaign

In their research paper, Neck and Godwin examined a particular phase of King’s career: the “Chicago Campaign” of 1966. To end housing discrimination in the area, King moved into an apartment in the city’s west-side slums and began working with the Southern Christian Leadership Conference (SCLC) and the Coordinating Council of Community Organizations (CCCO). It was the first time the civil rights movement moved beyond the South.

In August 1966, King led about 700 people in a protest march through all-white neighborhoods in Chicago. Angry residents gathered, some carrying hateful signs. One read, ”King would look good with a knife in his back.” Someone threw a stone, hitting King in the head.

But King was not deterred. Working with the SCLC and the CCCO, he planned another march, this time in the white, middle-class suburb of Cicero. Worried town leaders met with King and other civil rights leaders to discuss the march. In a pact known as the Summit Agreement, the civil rights groups agreed to cancel the march, and in exchange, the city promised to guarantee accessible housing to African Americans.

City leaders, for the most part, failed to follow through on the pact, so in the short term, the campaign was a failure. But King, though bitterly disappointed and angry, was not a short-term thinker. He described the agreement as “the first step in a 1,000-mile journey.”

“It was one cog in his strategy to bring attention to his vision,” Neck says. “Even if the organizational outcome failed, he didn’t fail from a servant leader perspective. He helped people believe in themselves. He brought people together and brought attention to achieving equal education and facilities.”

A parallel example in the business world might be the Amazon Fire phone. Though the product failed, the research behind it has led to other highly successful products, including the Alexa personal assistant.

In the Chicago Campaign, King articulated the vision and high-performance goals of a transformational leader. But he was also a servant leader, inspiring individuals to keep fighting for the cause, which ultimately succeeded.

Though the business world has changed tremendously since King’s day, his leadership style is more relevant than ever.

In the past, workers often stayed with a company for 20 or 30 years, and authoritarian leadership was the norm. Workers kept their heads down and followed the rules, accepting tasks that were sometimes dull in exchange for a chance of slow but steady advancement and the carrot of a pension dangling at the end of the road.

In today’s fast-paced business environment, “it would be hard for an autocratic, top-down leader to survive,” Neck says. The pension carrot is gone. Frequent job change is the norm, and employers have a tough time finding and retaining skilled workers. Routine tasks are automated, and high-performance expectations are the norm. Employees accept the pressure, but only if they feel their work is valued and has meaning.

A transformational leader provides a vision that inspires workers to come together and rise to challenges. A servant leader empowers them to use their best skills and make independent decisions that ultimately benefit the entire company.

What would King do?

If King were here today and tasked with turning around General Motors, he probably wouldn’t make sweeping changes off the bat, Neck says. A leader — even someone as charismatic as King — first needs to gain support. Transformational leaders need assurance of obtaining resources like technology and money for training programs. Servant leaders need the trust of the board to move employees to new positions and allow them greater latitude.

King’s servant leader qualities would come into play as he took his time to thoroughly understand the company’s goals and its people before acting. Servant leaders often wait a couple of years before implementing changes. Then the transformational leader in him would articulate an inspiring vision, set goals, provide people with the resources they need, and finally, set high-performance expectations, which workers by that time would be eager to pursue.

Whether he would succeed in turning the company around is anyone’s guess. “But I think he would be one heck of a CEO,” Neck says.