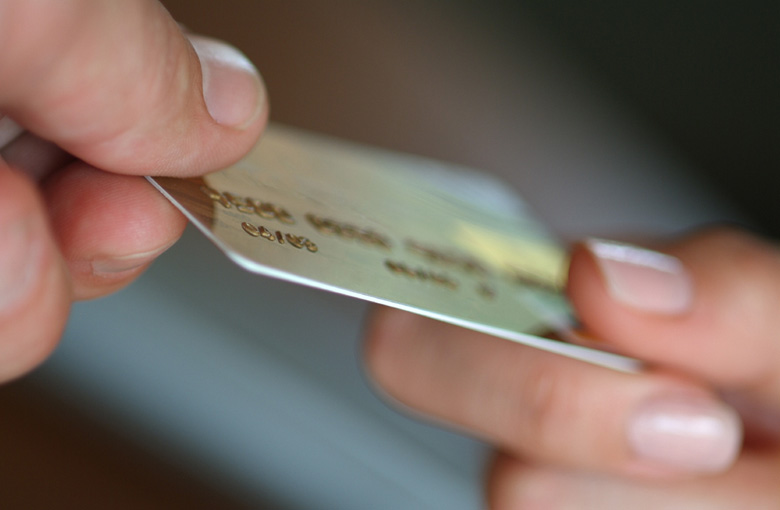 After the Sept. 11 terrorist attacks, Americans began doing all of the things they had always wanted to do, including, apparently, a whole lot of shopping. Professor of Marketing Naomi Mandel explains how “mortality salience” — the awareness that one will die — can impact the way we eat, drink and shop.

In the days and weeks after the Sept. 11 terrorist attacks, millions of Americans came to grips with one undeniable fact: They were going to die. Having finally admitted to that, they did what one might expect. They started living. As documented in various media reports, Americans in the wake of those attacks began doing all of the things they had always wanted to do.

That included, apparently, a whole lot of shopping. They bought pricy luxury items — Rolex watches, Mercedes Benz automobiles, high-end clothing — and stocked up on food and supplies like never before. Then the fear subsided and, of course, everything returned to normal.

But the phenomenon of the post-9/11 American behavior — and the way consumerism changed so drastically in the wake of tragedy, when the fear of death was brought home like never before — struck a chord with many social psychologists and business academics at the time, including W. P. Carey marketing Professor Naomi Mandel.

Mandel is an expert in how non-conscious influences — the fear of death among them — can influence consumer behavior. In her most recent paper, "The Sweet Escape: Effects of Mortality Salience on Consumption Quantities for High- and Low-Self-Esteem Consumers," Mandel and co-author Dirk Smeesters of the Rotterdam School of Management explain how "mortality salience" — that is, the awareness that one will die — can directly impact the way we eat, drink and shop.

The paper explores several aspects of human psychology, but its principal finding is simple enough: When humans think about death, they tend to binge. "I had originally thought that thinking about death might push people to try more variety [in products], or maybe more brands," Mandel says.

"But it turns out these thoughts don't just have people switching brands. They have them choosing more stuff overall. They want to eat more stuff. They want to drink more stuff." The study has implications for both marketers and consumers, and is among the first to prove a definitive link between mortality salience and consumer behavior.

Death vs. the doctor

For the study, Mandel and Smeesters split test subjects into one of two groups and gave each a writing assignment. The first group — the "mortality salience" (or, MS) group — was asked to write an essay about the emotions they experienced when thinking about their own death, as well as what they believed would physically happen to them, and their bodies, as they died and after they were dead. Meanwhile, those in a control group tackled a slightly less unnerving topic.

They wrote about their feelings about having to undergo a medical procedure. The essays were simply designed to get the students into a specific frame of mind. The control group may not have been thrilled with the idea of going under the knife, but at least they weren't, like the MS group, confronting their own mortality.

"I draw on procedures from social psychology, and the manipulations in that field are pretty well established," Mandel says. "For instance, you have some people write a short essay in a treatment group about what happens when they die. Then in the control group, you have those people write about something negative, but not necessarily related to death. When they're thinking about getting a medical procedure, that's something that might cause negative feelings but won't necessarily cause you to die."

After completing the essays, the test subjects were then asked to complete one more task: A grocery list. Mandel and Smeesters gave each subject a prepared shopping list — it included everything from basics such as fresh fruits and vegetables to non-essential items like snacks and beverages — and asked them to circle those items they intended to buy in the next week.

The results? The students in the MS group said they would purchase "significantly more" items than the control group, including more fresh vegetables, fresh meats, canned meats and frozen foods, according to the paper. In a follow-up study, they actually measured the amount of cookies that participants ate in a taste test, and found that people who were thinking about death ate more cookies than those who were thinking about going to the doctor s office.

The results not only provided "preliminary support for the idea that MS individuals want to consume a larger quantity of products than do others," according to the paper, but also, because the MS subjects included staples such as meats and vegetables on their lists, seemed to indicate that "participants [were] stocking up for reasons other than pure hedonic pleasure."

Keeping up with the Joneses

But if not for hedonistic pleasure, then why? Why were the subjects in the MS group so interested in buying all that stuff? Answering that question became the team's next challenge — and one that, for a while, had them slightly stumped. "Between the two of us, we came up with probably five or six different explanations," Mandel recalls.

"With the frozen food, and the canned items, we thought maybe they were stocking up for survival like the way everyone did after 9/11. But when we ran follow-up studies, we didn't find any kind of support for that. Another possible idea was that maybe they just wanted to die broke — besides, as the saying goes, you can't take it with you. But when we tried to find support for that, it wasn't strong, either."

In the end, Mandel explains, the team arrived at two separate but related explanations for the consumption phenomenon: Escapism and low self-esteem. The team first arrived at the conclusion, hinted at in some earlier research and then borne out through additional experiments in this study, that consumption in the MS group was higher than that in the control group because, through consumption, the subjects who were confronting thoughts of death were able to temporarily gain some measure of escape.

By chowing down on some chips, in other words, they were able to forget, maybe for a moment, that they would one day be gone. But there was more. The researchers also discovered one additional mitigating factor: Self-esteem. Building off other prior research that had shown that self-esteem can also impact consumer behavior, Mandel and Smeesters were eventually able to break the MS group into two more groups — those with high self-esteem and those with low self-esteem.

In so doing, they revealed a sort of schism between the two groups, and found those in the MS group with high levels of self-esteem were less impacted by thoughts of death — and therefore less likely to increase their levels of consumption when dealing with those thoughts — than those with low self-esteem. The reason? "People who are high in self-esteem have previously been shown to be less susceptible to mortality salience," Mandel says.

"When you start to think about mortality, you start to also think about whether or not you've lived up to cultural standards. You wonder if you've made your mark. Well, those people with high self-esteem think they have." It's quite the opposite for those with low self-esteem, she notes.

"Those people are trying to put all of these thoughts out of their minds," Mandel says. "They want to escape from self-awareness. They don't want to confront the fact that they don't live up to cultural standards, and one way to do that is through overeating or over-consumption.

Dinner and a movie?

Mandel says her study holds an obvious — though slightly morbid — implication for marketing professionals: Death sells. "It would be tempting to market products to an audience during shows with death content — something like "CSI" or the nightly news, which is, these days, full of reports of death," Mandel says. "You are more likely to get a favorable consumer response for products advertised during those shows."

But there's also an important lesson for consumers, Mandel says: one should be aware their behavior can and — at least according to this study — will be affected by mortality salience.

That's especially true for somebody struggling with self-esteem. It appears to be basic human nature. So what's Mandel's advice? Don't eat dinner — or make up your shopping list — while watching a horror flick. "You have to be aware of this while you're eating," she says. "Be careful not to over-consume while watching death-related shows."