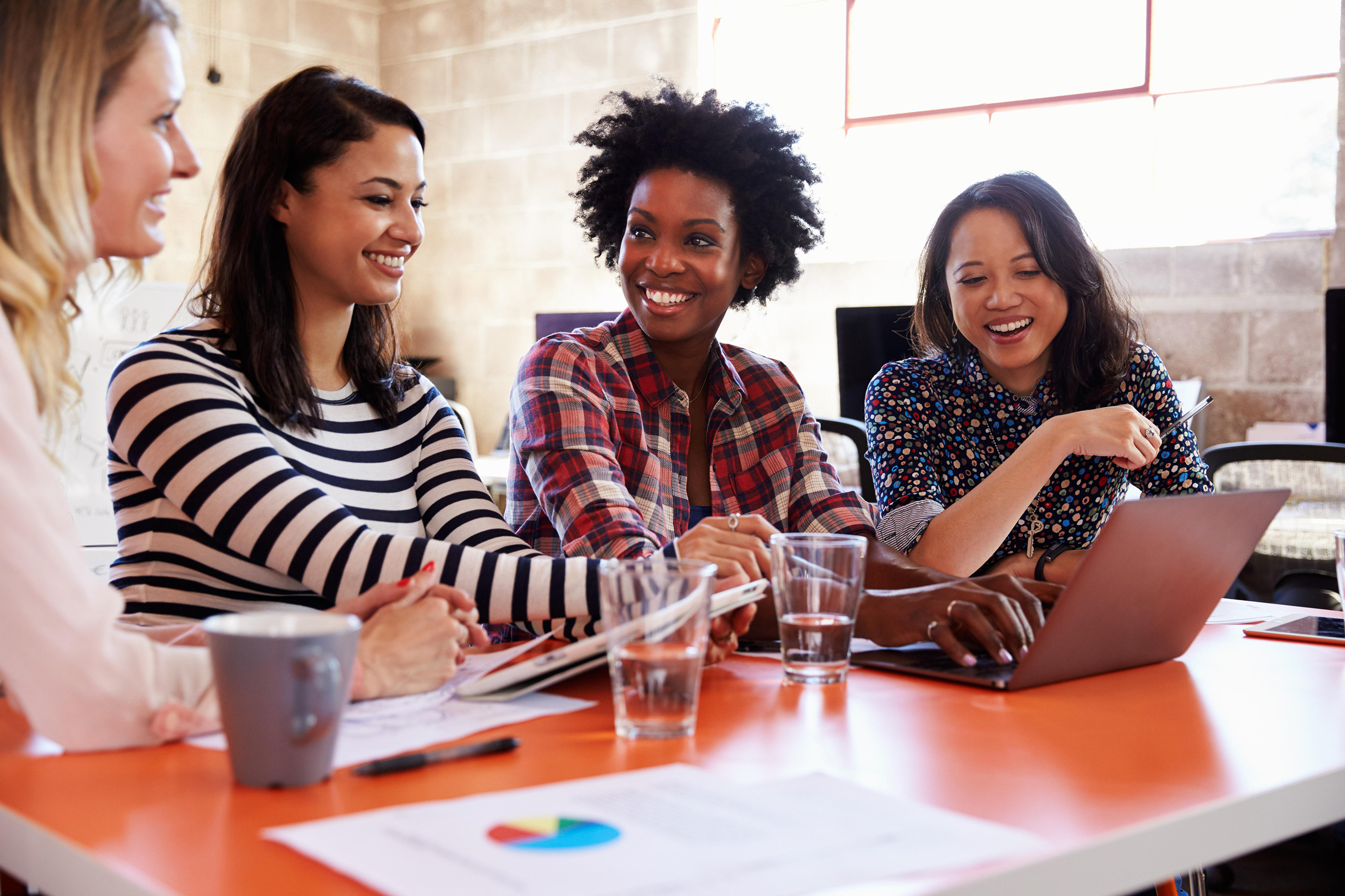 The gentle science of persuasion, part one: Liking

The ability to persuade others is critical to success, whether you are selling cars or a new corporate strategy. Psychology and marketing Professor Robert Cialdini has examined the component parts of influence, in the lab and on the street. He has learned that persuasion is a science as well as an art. Today, Knowledge@W. P. Carey begins a six-part series that explores Cialdini's principles of persuasion. The first: the importance of liking the person you are trying to persuade.

Among salespeople, Joe Girard is a legend. In a remarkable 15-year career, the Detroit car salesman moved more than 13,000 vehicles — an average of about five cars and trucks every day. In 1973 alone, Girard sold a stunning 1,425 cars, setting a record that may never be challenged, much less broken. And when Girard retired after 15 years in the business, he was recognized by no less an authority than the "Guinness Book of World Records" as "The Greatest Salesman of All Time." According to Robert Cialdini, Girard's success was no accident.

"When we see people with his success, we need to listen to them," says Cialdini, the Regents' Professor of Psychology and Marketing at Arizona State University and Distinguished Professor of Marketing in the W. P. Carey School. Cialdini is the author of "Influence: Science and Practice" and a renowned expert on the psychology of persuasion. "We need to recognize that Girard knew what he was doing."

Like many other highly successful and influential businessmen, says Cialdini, Girard's success resulted, at least in part, from his mastery of the science of persuasion. Girard didn't twist his customers' arms, and he didn't force their hand. He just managed to find a way — some 13,000 times over — to make the case that those customers should buy their cars from him, and not the dealer down the street.

Make no mistake, says Cialdini, persuasion is no longer just an art. It's a science, as well, and researchers like Cialdini have treated it as such for decades. But after years of conducting his own persuasion studies in the controlled setting of a university lab, Cialdini recently began to wonder if there weren't lessons to be learned out in the real world, too. Lessons from people like Joe Girard.

"I asked myself: Who out there would know what are the most powerful influences on the persuasion process, in the naturally occurring environment that we all exist in every day?" Cialdini says. "It seemed to me there are professions whose very business it is to get people to say yes to them." Cialdini decided to seek out these professional persuaders. Then he infiltrated their world, hoping to learn their best.

Cialdini crashed training sessions for car salesman and insurance salesman, door-to-door vacuum salesman and over-the-phone portrait salesmen. He peeked behind the curtain of America's advertising agencies. He studied the fundraising methods of charitable organizations. He interviewed corporate and military recruiters. After doing so, Cialdini came away with an even more complete understanding of how real people use persuasion to their advantage every day. He learned the secret to their success, too.

"There's a lot of work that's been done on persuasion and it continues to be a fundamental area of research interest for a lot of disciplines — everything from social psychology to communication marketing," explains Cialdini. "But what my work tries to examine is not so much persuasion in terms of attempts to change individual believes or attitudes or perceptions, but rather how to change behavior."

Cialdini makes the case that persuasion doesn't work through charm or magic or dumb luck, but rather through the clever use of six basic principles that appeal "to a limited set of deeply rooted human drives and needs." It is the mastery of the six basic principles, he says, that permits advertisers to influence public opinion, helps the military sign up an endless stream of new recruits (no matter the state of the world) and allowed the legend, Joe Girard, to move cars like nobody else.

In a six-part series about persuasion starting today, Knowledge@WPCarey will examine each of these six persuasion principles — and offer readers the chance to learn how true masters of persuasion use the psychological underpinnings of persuasion to shape opinion and spur action among others.

"We look directly at the way people act in a particular situation, recognizing that sometimes they'll act for reasons that have nothing to do with attitudes or beliefs or perceptions," Cialdini says. "Sometimes they'll act, instead, out of the need to respond to six psychological principles."

People like people who like them. Understand that, says Cialdini, and you're one step closer to mastering persuasion. "In every one of the sales training programs we infiltrated, we were told the first law of sales is to get others to like us," Cialdini says. "Turns out that's wrong. That's the second law. The first law of sales is to come to like the people you're dealing with.

Because once people recognize that we like them, everything changes in their reaction to our proposals and recommendations and suggestions. They [recognize] they're safe, in the hands of somebody they know likes them." The advantages of being "liked" by those you're doing business with are obvious: Generally speaking, people would rather say 'yes' to people they like than people they don't like. And there's research to prove the point.

In a 1990 study published by the Journal of Consumer Research, authors Jonathan Frenzen and Harry Davis examined why so-called "Tupperware parties" seemed to be so successful at moving goods. What they found proved, without a doubt, the effectiveness of the "liking" principle.

According to surveys conducted by the researchers, Tupperware party guests said their fondness for the party hostess was twice as important as their regard for the actual Tupperware when making their decision to purchase goods. In other words, these guests weren't buying Tupperware because they needed it, or even wanted it. They bought it, mostly, because they wanted the oh-so-likable hostess to be happy.

"We will take care of the people we like," Cialdini says. "We'll be sure they don't get exploited. If we don't walk into a situation with the first question being, 'How can I get this person to like me?' but instead ask ourselves, 'How can I come to like this person, genuinely?' then both sides win. Both sides benefit from that." There's just one difficulty: Liking can't be faked.

Most people can see fairly easily if they're being conned, says Cialdini, and if your first impression of somebody is that you simply don't like them, that dislike is going to come across in your actions and demeanor. The good news is that, even if at first you don't like somebody, you can work to change your opinion. It just takes a little bit of effort. Great persuaders know this.

"You shouldn't be turned off by that general sense of, 'Oh, I don't like that person,'" Cialdini says. "That's a fool's game, to run away from that situation. What you need to do is uncover that one aspect of an individual that you might genuinely respect. Focus on that. Mention it. Don't just leave it in your head — you have to mention it. It changes the tone of interactions from that point on."

Super salesman Joe Girard used that technique successfully for each of his remarkable 15 years in the car business. Girard says he worked at liking his customers. Then he made sure they knew he liked them. Each month near a holiday, Girard's customers — every one of the thousands and thousands that bought cars from him — received a greeting card in the mail. Inside they found this simple message from their old friend Joe. The message? "I like you - Joe Girard."

Is business success really as simple as a holiday card and a three-word greeting? Probably not all alone, says Cialdini. But if the success of Girard proves anything, it proves this: The "liking" principle really is one thing that does work. "Joe claims he was indeed a people person who easily liked others," Cialdini says. "He could find things, and he looked for many things, in people to make himself like them. He always said it was so much more joyous to work when you like the people you're with."