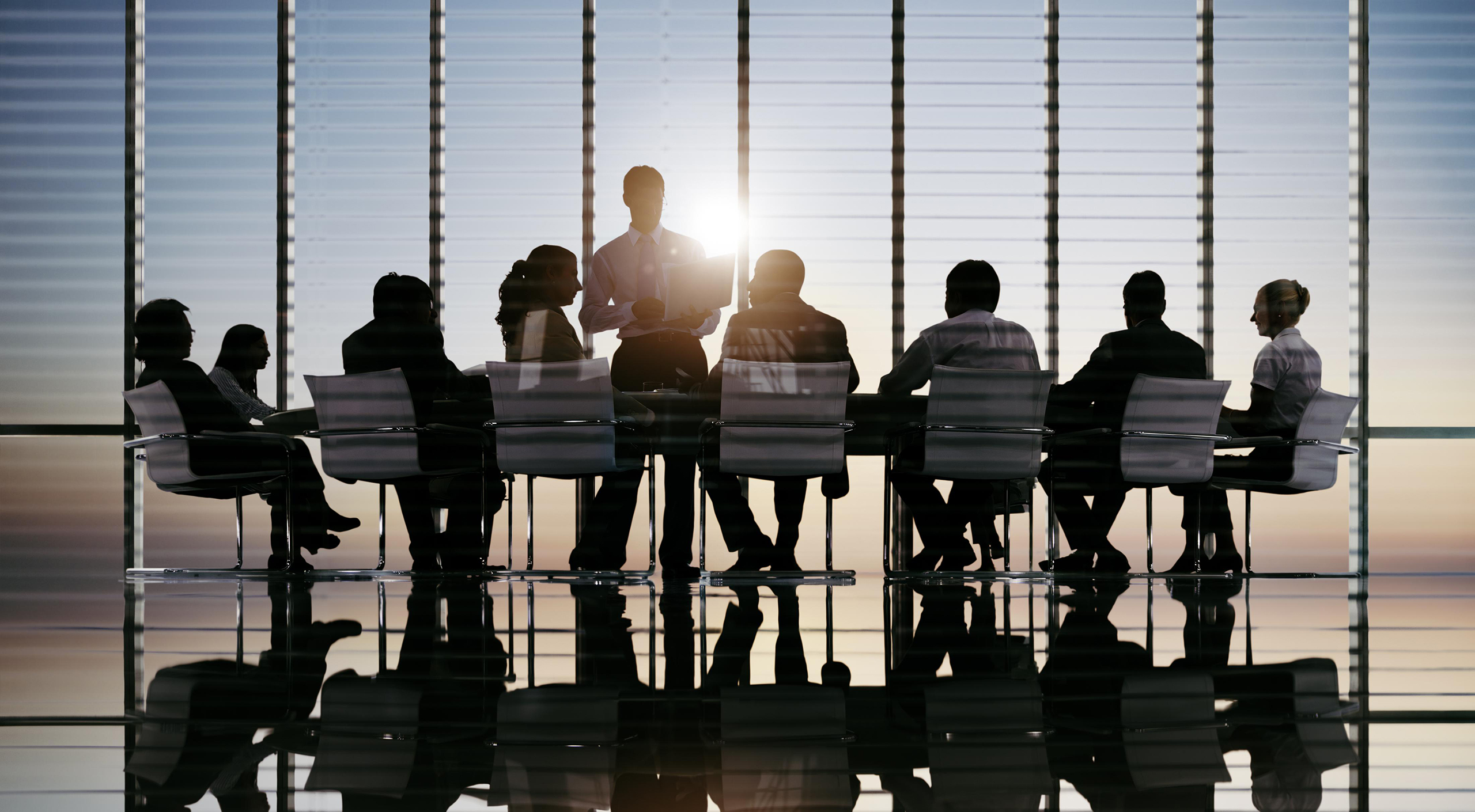 People trust experts. In courtrooms, expert witnesses sway the views of jurors. On television, expert analysts shape public opinion on everything from politics to sports. And in the real world, people give their trust — and their money — to experts every day, says psychology and marketing Professor Robert Cialdini. In the fifth of a six-part series, Cialdini discusses the principle of "authority" — one of the six basic principles of persuasion.

People trust experts. In courtrooms, expert witnesses sway the views of jurors. On television, expert analysts shape public opinion on everything from politics to sports. In hospitals, doctors are entrusted with our very lives. In business, consultants determine the future course of entire companies.

In the real world, people give their trust — and their money — to experts every day. Robert Cialdini, Regents' Professor of Psychology and Marketing at Arizona State University and Distinguished Professor of Marketing in the W. P. Carey School says it stands to reason that if we're experts ourselves, we would be wise to let others know.

Doing so, he says, is smart business. "As humans people want to defer to a legitimate authority," says Cialdini. "I don't know about you, but when I'm sitting in a doctor's waiting room, I'm looking at the diplomas and certifications on the wall. We need that shortcut to feel trust. It does make a difference."

In psychological terms, our tendency to listen to experts is a principle known as "authority." And according to Cialdini, "authority" is one of the six key principles behind the science of persuasion. Cialdini is one of the world's leading experts on the psychology of persuasion, having conducted highly respected research on the process for years.

Recently, however, the author of Influence: The Psychology of Persuasion took on a new challenge: To find out how the influence process is used, every day, in the real world. The three-year journey took Cialdini out of the lab and into the heart of America's influence culture. He studied the fascinating and powerful methods of auto dealers and charitable organizations, vacuum salesmen and military recruiters, telemarketers and high-powered executives.

In the end, Cialdini concluded the most successful and influential members of our society are not just lucky, smart or charming. They are, instead, masters of a real and powerful science — a science built upon the six tangible psychological principles that Cialdini has been studying throughout his career. Understand these principles, Cialdini says, and you, too, can become a master of influence.

In a special series, Knowledge@W. P. Carey is dissecting these principles, giving readers a profound new understanding of how the influence process works — and how they can leverage it to their advantage. Having already explored the principles of "liking," "reciprocity," "social proof," and "consistency," consider one of the least utilized persuasion principles: The principle of "authority."

"The principle states that we believe we will be better off if we follow the lead of legitimate experts, because they have greater knowledge and expertise in a certain domain than we do," Cialdini explains.

"The pace of modern life is such that we can't possibly be an expert in all of the domains that we encounter every day, even those that are vitally important to us — health, business issues, legal issues, technology issues. The world is rapidly accelerating in terms of the amount of information that is available in each of these areas, and so it's hopeless to try to be an expert in all of them. That's why we need experts."

Go ahead and brag

Cialdini has been studying the influence process for years, yet he never ceases to be amazed how often professionals fail to use the authority principle to their advantage. "The lesson of authority for the influence process is that any communicator who wishes to move people in his or her direction would be well-advised, before actually trying to influence those people, to first reveal or uncover the credentials that he or she has," explains Cialdini. "It's remarkable how frequently, however, communicators fail to share that true information."

It's no small failure, either. Cialdini says not communicating your expertise, especially in the realm of business, will probably cost you in the long run. People really want to work with experts, he says. The bottom line is, they're more likely to listen to people they believe to be experts than other people — even when those experts are asking them to do something they otherwise wouldn't normally do.

Take, for example, the dysfunctional hospital physical therapy ward recently studied by Cialdini and his colleagues. Staffers in the ward told Cialdini they were frustrated because so many of the stroke patients they worked with failed to keep up with therapy regimens after leaving the hospital.

Though the staff implored these patients to continue exercising when they returned home — making sure to point out to patients doing so would give them a better chance of full recovery — many of the patients still refused to do so fully. For the staff, the lack of compliance was affecting their ability to do their jobs.

Interviews with the apparently stubborn patients revealed the problem: The patients told Cialdini while they knew the credentials of their doctors — and were so inclined to heed their advice — they had no clue as to expertise of the therapy staff. For all the patients knew, Cialdini learned, the staffers had no credentials at all. So why follow their orders?

On the advice of Cialdini, the therapy staffers made one small change in the ward: They posted all of their degrees, awards and certifications on the walls of the physical therapy rooms. The result? Patient compliance jumped 34 percent. "Here's the interesting thing about that study," Cialdini says.

"It's not surprising that people would follow the lead of authority. What's surprising is that these physical therapists didn't use what they had. They assumed that because they worked in a hospital and had the title of physical therapist, the patients would presume they had the credentials they actually possessed. People often assume that recipients of their influence attempts know certain things about them. But they don't have a crystal ball. They can't reliably know all that."

So why don't experts like to share their credentials with others? Sometimes, people don't reveal their expertise because they assume other people already know about it — that's a common trap, and the one the physical therapists fell into. Other times, experts don't mention their credentials out of simple manners.

"It is awkward and impolite, we're told, to brag about ourselves," Cialdini says. "We are sometimes in a dilemma, then. We have credentials, we have expertise and experience in a certain area, but it's not appropriate to talk about it. To tell people about these things, in a face-to-face interaction, would make us seem like a braggart."

Fortunately, Cialdini says, there are ways to convey expertise — and significantly increase your chances of influencing others — without acting boastfully. One simple way of doing this is drafting the help of a third party to act as your messenger. Ideally, this person would be someone trusted both by you and the person you're trying to influence.

Not only does this approach save one from "bragging" about one's own accomplishments, it also may be more powerful, since a third-party opinion will sometimes carry more weight than your own. "You can ask a third party who knows this other person, 'I'm wondering if you can make a phone call about our past interactions to a new prospect of mine — and feel free to say whatever you wish,'" Cialdini says. "If you are truly an expert, then this third party is going to be able to report positively about your experience and credentials."

Another simple method — but one that is increasingly rare in the digital age — is the "letter of introduction." Though it may seem old-fashioned, a well-written letter, sent to a subject of influence before your first meeting, can go a long way to establishing your reputation as a legitimate expert.

It can also save you the discomfort of discussing your expertise face-to-face. "Writing a letter is something that is used more in other cultures than our own," Cialdini says. "You can simply say, 'I'm looking forward to our meeting on the topic of X. Relevant to that topic, my background and expertise are as follows.' And it turns out that it is totally appropriate to present your credentials in a letter, but it's not so appropriate to do so face to face."